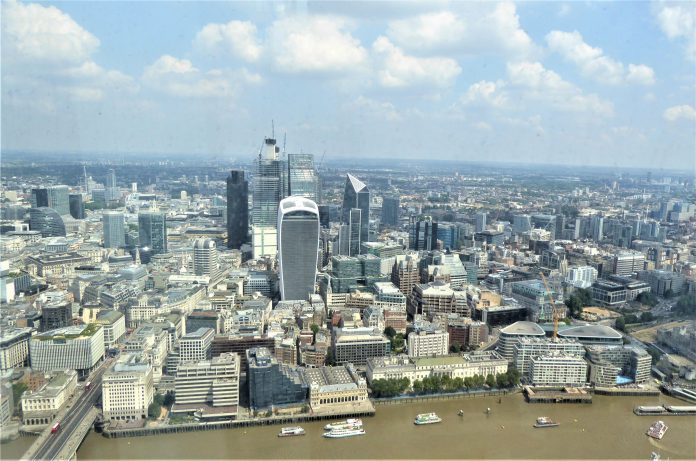 Globalisation remains a hot topic of debate, and an often controversial one at that. Henry Lawson, author of a new BSRIA Megatrends white paper on the subject, looks at the key factors behind it and how it affects building design, construction and services

One of the most famous modern buildings in the world, Norman Foster’s iconic HSBC headquarters in Hong Kong, is unusual in many ways, one being that it was designed so that it could, if necessary, be dismantled and then rebuilt elsewhere. This is, of course, the exception, and we tend to think of buildings as mostly fixed, immovable structures. And yet building services and construction are likely to be influenced as much by the forces of globalisation as most others.

Today we confront a paradox. Roughly 97% of the world’s population still live in the country they were born in and yet movements of people, capital and influence around the world are one of the greatest sources of debate. Yet while figures as powerful as the US president are raising questions about globalisation, it seems set to continue in some form, with far-reaching consequences.

This is because globalisation combines at least four deep-seated forces, each of which interact, often reinforcing each other. For example, economic forces have political and cultural consequences and vice-versa.

Valuable resources are often concentrated in limited areas of the world, which means that associated goods have to be transported and traded (or plundered) in order for them to be used in other countries and regions.

Classical economic theory also suggests that efficiency will be improved where individuals, organisations and countries specialise in particular activities or industries and exchange the products for other goods and services via trade. A country or region can acquire a unique concentration of expertise drawn from the wider world, as with the City of London’s financial expertise, or California’s dominance in hi-tech industries.

Organisations and countries have increasingly chosen to cooperate at a regional or global level to address perceived common problems, which can include threats to peace, to health and welfare or to the environment. In particular, the fight against global warming requires global cooperation while the UN and related branches deal with everything from poverty to matters of war and peace.

Anyone who travels the world can see that there is a similar “look and feel” to much of daily life, with values and norms shared across wide areas of the globe, and buildings and streets in many cities which “could be almost anywhere”. This can be deliberate or as a consequence of other trends. It is exemplified by people in similar clothes shopping for global brands and enjoying the same entertainment in similarly designed buildings.

Huge technological advances have enabled the fast, cheap and relatively safe movement of people and goods between countries and continents. More recently, it has enabled almost instant transmission of information, ideas and images across the globe, especially via the world wide web, which has also supported the rapidly emerging Internet of Things and cloud computing.

The impact on building services

Non-residential buildings often resemble each other across the world, with familiar form and materials, and are managed and controlled using a similar range of services. While the design of homes is often more conservative and linked to traditional styles, the trend towards more modular design means that individual components are often interchangeable.

With buildings accounting for up to 40% of energy usage in developed countries, global climate change is encouraging stricter regulations about building energy efficiency, which can be agreed at a supra national level (as in the European Union), at a national or regional level, and which have a direct impact on both building design and associated services.

Global standard organisations from ISO to more specialised standards for building services (such as Project Haystack, which establishes a common taxonomy, allowing different building systems to ‘talk to’ each other and exchange data) are making it easy for building services companies to address the global market.

Cyber threats can come from any part of the world and mean that all buildings need protection by services capable of countering the global threat.

The Building Automation Controls (BACS) industry has become truly global with the top four companies accounting for half of the global BACS product market, while the air conditioning market is seeing more consolidation via mergers and acquisitions, as well as frequent collaborations between major players.

The smart homes market is also becoming more global in nature, especially with the entry of global tech corporates such as Google, Amazon, Apple and Samsung.

There is already a large global market for building materials from timber and concrete to fixtures and fittings. The UK alone imported more than £17bn worth of building materials in 2017, with electrical wires representing the most valuable category and, for that matter, the biggest export category.

Significantly, over 60% of both UK exports and imports related to the European Union, so the UK’s future relationship with the EU will have a huge impact on the building services industry from this standpoint alone.

In Germany, migrant construction workers have allowed the industry to grow despite an actual decline in the number of German-born construction workers. The debate about the positives and negatives of global migration needs to take factors like this into account.

All this means that, despite some signs of resistance to globalisation, the factors contributing to it, from technological advances to major environmental problems, are, if anything, accelerating.

Anyone in the building services industry will need to bear globalisation in mind (with its promise and its pitfalls) in the key decisions that they take in coming years.

This article is based on the BSRIA white paper, Global Megatrends – Globalisation, which is one of a series of four Megatrends white papers available for purchase from BSRIA (or free to BSRIA members) here.