Chancellor Philip Hammond’s promise of £3bn to help housing associations borrow to build is welcome but, argues James Prestwich of the National Housing Federation, much more can and should be done to tackle the UK’s desperate need for social housing

At the Spring Statement in March, the Chancellor of the Exchequer promised that he would set aside £3bn for housing associations. However, it wasn’t to invest directly in affordable housing, as you might expect – rather, it would be used to guarantee loans that housing associations would take out from other lenders.

Of course, this guarantee scheme will have clear benefits for housing associations. It will allow them to borrow more cheaply, which in turn will let them build more affordable homes. And, ultimately, anything that leads to more affordable housing is something to be welcomed.

Still, it’s clear that this kind of intervention won’t be enough to tackle the country’s urgent need for more affordable housing. We need to build 145,000 affordable homes every year in England, including 90,000 homes for social rent, if we want everyone to have somewhere to live that is stable and affordable. Last year, fewer than 6,500 social homes were built.

Every part of the country, from Cornwall to Cumbria, desperately needs more social housing. The question now is: how do we deliver it?

Some commentators argue that these obligations should be scrapped altogether. By removing the requirement to build a certain proportion of affordable housing, the argument goes, the cost of doing business would go down. Then, more houses would be built overall, supply would start to match demand, and prices would come down.

While this might look appealing to a struggling first-time buyer (or, more likely, the parents who will be offering them a leg-up), it misses the vital part that social housing has to play. For thousands of people, this is the only way that they will be able to find a secure home – low wages, caring responsibilities or other complex circumstances mean that they will never be able to buy a house. Without enough social housing, their only real option is insecure and expensive private renting. When that’s no longer a possibility, it’s easy to end up homeless.

This shows just how essential it is to have a system that recognises affordable housing is a social good, and something that is vital to making communities work. That system needs two things: public funding to cover the costs of social housing, and land on which to build it.

The government is currently preparing for its latest Comprehensive Spending Review, which will set out how much each department has to spend over the next three years. This is the perfect opportunity to invest directly in affordable housing, taking us from 6,500 homes for social rent to 90,000 homes every year.

While this might sound like it would require huge sums, it’s important to remember that the government is already spending tens of billions of pounds on housing every year – but instead of investing it in new social housing, it is being spent on housing benefit, topping-up private rents paid by low-income tenants. As new social housing gets built, the need for this benefit reduces, and so the investment is offset by a shrinking welfare bill.

If ministers want to further offset the investment needed, they could also look at reforming the land market.

At the moment, the high cost of land is a serious barrier to building enough affordable housing. By making a relatively small legal change, the government could make it much harder to sell agricultural land for huge prices simply because new homes could be built on it. This means that housing associations would find it easier to buy land for affordable housing, rather than being outbid by private developers. What’s more, private developers would also be able to buy land for lower prices, meaning that they could meet their obligations to build some new affordable housing while still making a profit.

Despite all of its other pressing priorities, the government is still able to take action on the housing crisis.

By investing directly in social housing, ministers can ensure that everyone who needs a secure and affordable home can have one, all while bringing down the benefit bill. And, by making fairly minor legal changes, the government can rebalance England’s land market, offsetting the cost of direct investment and making it go further.

We can solve the housing crisis, but it requires action. Doing nothing isn’t an option. 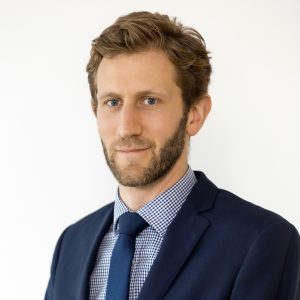