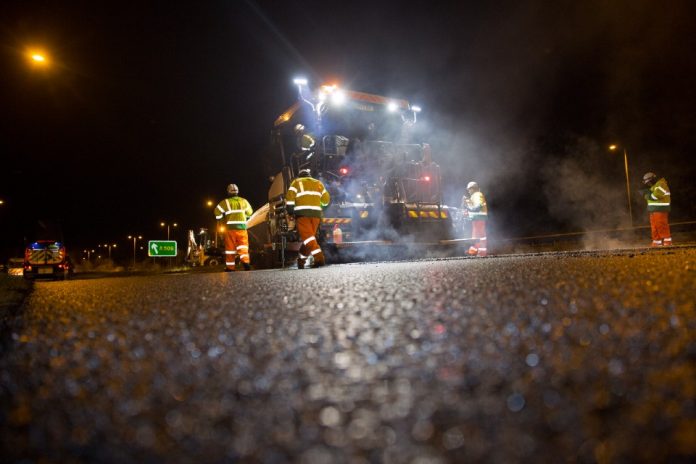 The announcement comes as the Government continues its drive to level up transport in regions right across the country, investing in vital infrastructure and boosting both connections and local economies as we build back better from the pandemic.

Well-known motorways and major A roads including the M11, A14, A1, A47 and A12 are all included in the package. Motorists, pedestrians and cyclists all set to benefit from the planned works, which include road resurfacing, bridge joint replacements, the creation of cycle lanes, improved signage and landscaping.

In total, Highways England will spend £218m on more than 100 schemes across Norfolk, Suffolk, Essex, Bedfordshire, Cambridgeshire, Hertfordshire and Buckinghamshire.

This latest investment into the region’s roads follows on from last year’s essential maintenance programme which saw Highways England pump £117m into the completion of 123 road renewal and maintenance projects.

Over the past 12 months, Highways England resurfaced 203 lane miles of motorways and major A roads in the East, using 221,177 tonnes of resurfacing material.

A further 82,000 road studs were laid to help light the way for divers, 335 traffic signs were erected, 95 bridge joins installed, and 111 lighting improvements made.

Roads minister, Baroness Vere, said: “This multi-million-pound investment will ensure millions of motorists and road-users in the East of England have access to better journeys, all while improving road safety and boosting the economy right across the region.

“The investment comes in addition to our plans for major dualling and widening schemes on roads such as the A47 and A12, which will begin construction over the next 2 to 3 years.

“This Government will continue to level up connections and improve infrastructure across the country, ensuring everyone, everywhere, can get around quickly and easily.”