In second place of the Barbour ABI top 50 contractor league table is Wates Construction, moving up eight places with seven contract awards at a total value of £383m. In third place sits Telford Homes Plc with a single project – The Nine Elms Parkside residential development in Wandsworth valued at £276m. 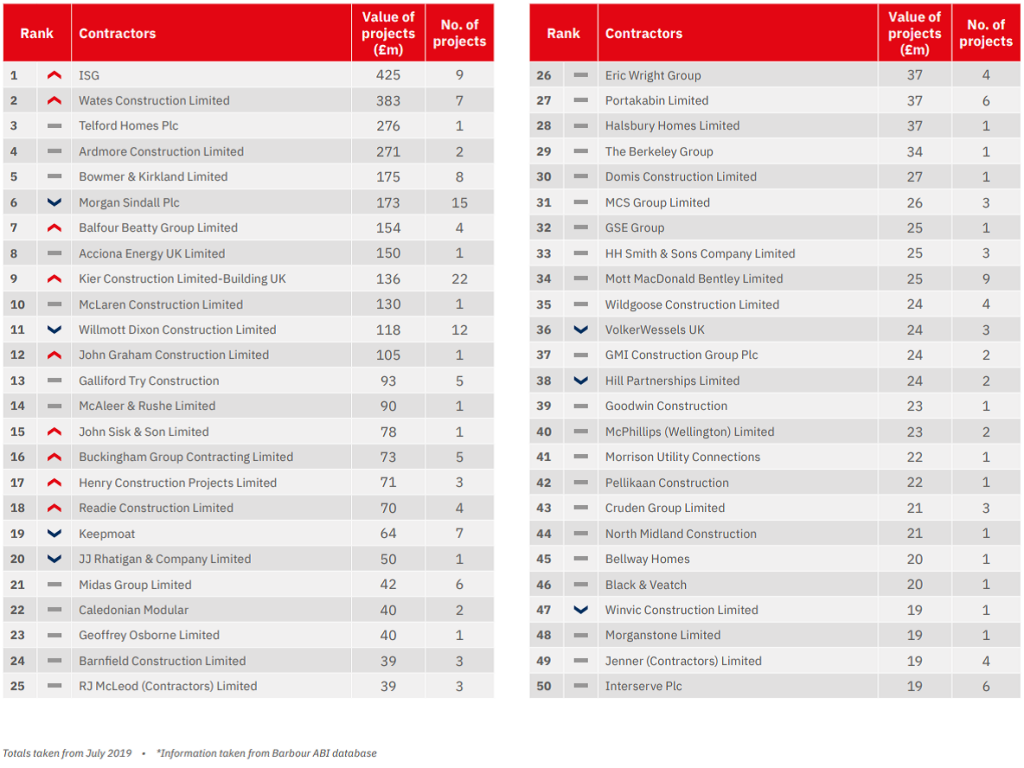 The contactor with the highest number of projects was Kier for a second month running. In recent months, Kier has slipped from its top spot to lower positions down the table, and in July they were awarded 22 projects at a combined value of £136m. Kier still holds the top position in the rolling 12-month period with a total of 151 projects at a total value of £1.74bn. However, they are closely followed by ISG, with 60 projects valued at £1.45bn.

Tom Hall, chief economist at Barbour ABI, said: ‘This month we see the top contractor’s activity dominated by residential and commercial & retail projects. The highest value project for ISG was the London Waterloo Station retail and leisure development with a value of £200m, and Wates Construction were awarded a £300m project – Borough Yards commercial and office development in Southwark, London.”