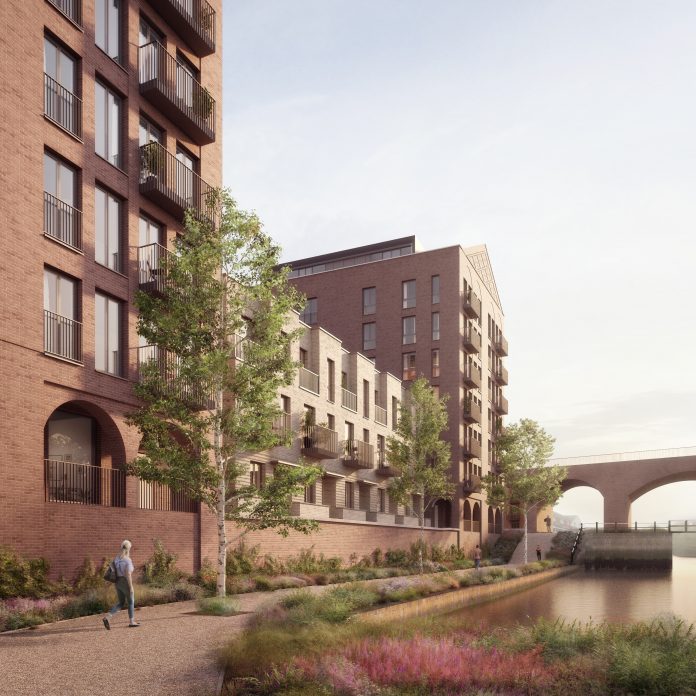 The dockside site is located in an area that is significant to Liverpool’s heritage, situated next to Stanley Dock and adjacent to the start of the Leeds Liverpool Canal.

Redeveloping the vacant, former industrial, 0.8-hectare site on Lightbody Street, will see Torus invest over £30m into the area as part of the group’s £1bn investment in the Liverpool City Region over the next five years.

Torus will sensitively repurpose the disused land, to meet the needs of future residents and visitors to the City.

Working with local partners, Torus will bring much-needed affordable housing options to the city, with 10 three-bedroom townhouses and 200 apartments, comprising a mix of 1, 2 and 3-bedroom, being built on site.

Alongside the residential development, Torus will also bring forward 720 sqm of commercial space, split between new units on the ground floor of the proposed apartment building and the site’s disused railway arches.

A landscaped pedestrian link will be incorporated into the development alongside the North edge of the listed Stanley Flight Canal Locks.

Meeting the needs of future residents

Managing director of Torus Developments, Chris Bowen, said: “As a group, we are committed to working with strategic partners across Liverpool and actively investing in the economic recovery and regeneration of the city, post-Covid-19.

“The Stanley Dock complex, alongside which the development is proposed, is integral to Liverpool’s history. The development will make a massive contribution to the ongoing regeneration of Stanley Dock, and the wider Ten Streets area.

“The brownfield site is in close proximity to some of the city’s most famous maritime landmarks such as Bramley Moore Dock – the location for Everton’s proposed stadium – the Titanic Hotel, as well as Stanley Dock itself and developments such as this are integral to the regeneration of North Liverpool as a whole.

“Torus will ensure that this project will not only reflect the area’s vast history, but will meet the needs of future residents by becoming a modern, safe and most importantly, affordable place to live in an area of the city that has great potential for growth.”