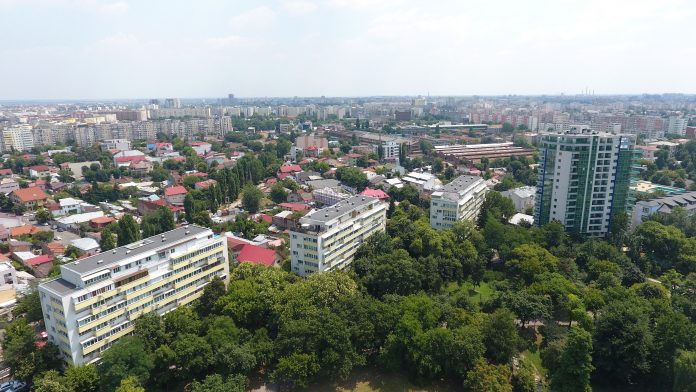 Alex Yedigaroff, head of transformation at dxw, looks at the importance of local plans for community engagement in the face of the planning system overhaul

The proposed shake-up of the planning system has seen some mixed reactions. In the recently launched planning white paper, the government sets out a new approach based on zoning certain areas, marking some for ‘substantial development’. With change comes scepticism and fear, and there are concerns this will leave many developers free to run riot.

While some of those fears are legitimate, the overhaul of the planning system, if it’s done in the right way, could actually give local communities a bigger opportunity to influence development in their area. Perhaps more than they have ever been able to before.

Engaging communities at the start of the planning process

Under the current system, when residents and communities object to planning applications they are usually engaging too late in the process to make a difference. There is a common misconception that the best time to object is at the point of application, but this simply isn’t the case.

Most communities aren’t aware of Local Plans, and the white paper presents a great opportunity for local authorities to promote their importance. Doing this would mean more engagement with local residents, not less. This engagement would also be more meaningful, allowing communities to have a say in how planning policies are shaped.

Residents can look at and discuss the types of developments deemed to be acceptable, where they should be, and the infrastructure needed to support them. As well as things like the number of affordable homes to be provided.

With the potential introduction of zoning and permitted development within growth areas, the criteria set out in Local Plans has never been more important. There is a huge role for digital to play when it comes to producing and developing plans, and in engaging communities.

If local communities are to have a voice in new developments and the shape of the places they live, Plans need to be readily available and easy to understand. This certainly isn’t the case currently.

Often important information in Local Plans gets tucked away in 200-page pdfs on local planning authorities’ websites. It’s hard to find the latest policies and easily understand what stage an authority is at during its plan-making.

At present, there’s no standard structure for Local Plans and their policies are often difficult to read, compare and measure. This also makes it hard to build a picture of planning policy on a regional and national scale.

Getting the most out of planning data

Now is the time for central and local government to start thinking about how they use digital solutions, and about creating standardised policy and development information that gives all stakeholders the ability to understand what constitutes a compliant and non-compliant development.

The ability to trace different components of new developments back to the original planning policy is crucial. It allows local authorities to measure how compliant a development is and act quickly if it falls outside those parameters. Like tracking affordable housing requirements and ensuring that individual homes are pegged to the policies they are serving.

The impact of land values on proposed developments

It’s important to say at this point, that although there are potential benefits from the government’s proposals, in my view they are based on a largely false premise. That premise is that difficulty obtaining planning permission is one of the root causes of the housing crisis.

Landowners don’t always apply for planning permission because they want to build. Instead, they can use it as a way to increase the value of the land for resale. Investing in actual construction is an additional cost and often riskier. There’s an argument to be made that land values are at least as much to blame for holding back building, as the planning process itself.

This is why digital Local Plans have such an important role to play in setting the guidelines for future development. It goes hand in hand with the need for live data that gives local authorities the ability to see how effective or ineffective a development is in meeting the needs of the residents they serve. Including knowing if the agreed development has actually been built.

The golden thread starts with the Local Plan

When people start looking at joining up data in the planning system, they often make the mistake of thinking the journey begins when a planning application hits a council’s inbox. It needs to start some way before that with the development of Local Plans, particularly in this new era where they carry so much importance.

The way to avoid the fears and concerns raised by many about the planning white paper – of disempowering local communities and the shift of too much power towards developers – is to get the digital infrastructure right. Only by doing that can we ensure communities are able to have a real say in what happens in their local area and developers can be held properly to account, as we modernise the planning system and open it up to the market.