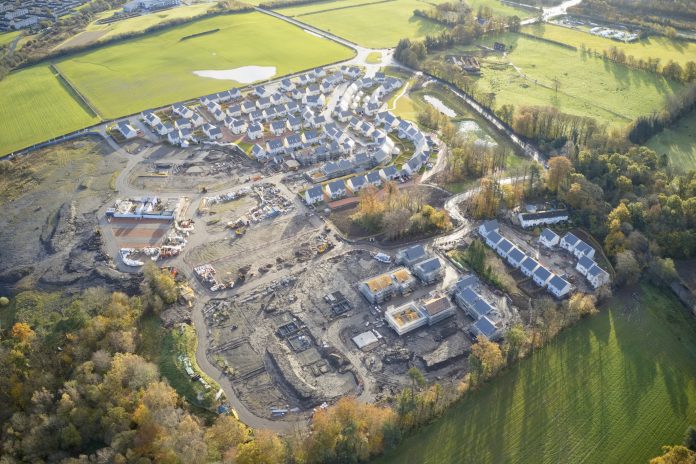 Large-scale new developments have a long-established role in delivering homes in the UK and have often attracted government support to do so. The latest iteration in England – Garden Communities – was launched in 2014, and recent analysis of the government’s programme by Lichfields has identified 49 Garden Community schemes, extending across all regions, which in total are planned to provide 403,000 new homes.

The current crop of Garden Communities projects are typically led by Local Planning Authorities (LPAs) and the private sector working together, with government providing “a tailored package of government support that includes resource funding, expert delivery advice from Homes England and cross-government brokerage to resolve barriers to delivery”.

Supporting a sustained boost in local and national housing supply

The aim of the programme is to enable local authorities to plan and deliver large housing schemes across the country, and in particular in areas of high demand. For example, Lichfields found that around 50% of homes proposed by the programme are planned for the Greater South East.

However, while Garden Communities are significant in meeting housing needs in their local areas, their total contribution – 403,000 homes by 2050 – is a relatively small proportion of the 9m homes required to sustain government ambitions over that period. The Garden Communities programme is thus more about supporting large-scale housing schemes in specific locations than as the major national driver for housing delivery over the next 30 years.

The role played by government in supporting Garden Communities

Our research found that the Garden Communities programme plays a dual role in supporting local authorities to achieve increases in housebuilding: Firstly, by supporting the promotion of strategic sites through the plan-making process; and secondly, facilitating the delivery of existing allocations and permissions through funding and advice.

These two tasks reflect the differing realities of boosting housing delivery in different local markets and conditions, not least due to the varied progress of Local Plans. The programme provides a government-enabled vehicle for ambitious authorities to help address issues of land supply through planning as well as investing in and sequencing infrastructure investments and master planning to unlock barriers to implementation.

This shows the importance of the programme to the local authorities in which Garden Communities are located. Any delays to these projects would risk significantly undermining their ability to meet housing needs in their area within a plan-led system.

Those preparing and scrutinising Local Plans will want to see what government support for Garden Community projects means in practice; reasonable prospect of delivery is needed to ensure that reliance by local authorities on these often complex, large-scale projects does not lead to future failure on five-year housing land supply or the Housing Delivery Test.

Lichfields analysed indicative housing delivery trajectories for the Garden Communities programme based on industry benchmarks and the current status of each project. Our estimates suggest that, at its peak, the current Garden Communities could in aggregate be delivering up to 16,000 dwellings per annum by the 2030s, albeit this rate could be higher if government support genuinely unlocks accelerated rates of build-out. Our analysis also shows that the programme overall is unlikely to be delivering homes at scale until after the next election.

Notably, the peak annual delivery rate of 16,000 would represent around half (48%) of the emerging and adopted housing requirements of Local Plans in these respective authorities over this period. This shows that not only are many Local Plans reliant on Garden Communities delivering the homes they need, but that sustaining the pace of delivery will also be key to maintain the requisite five-year land supply suitable for housing delivery.

Large-scale developments such as Garden Communities are necessarily long-term projects often spanning more than the 15-20 years typically covered by Local Plans or land supply strategies. They are subject to significant risks: technical obstacles to development (such as infrastructure needs), the political and regulatory environment, and also property market cycles. Such risks have already resulted in delays to many schemes.

The government’s Garden Communities programme seeks to address this by providing strategic support and backing to local authorities wishing to boost housing delivery with these developments. Nevertheless, such projects face considerable market uncertainties, as well as the difficulty of infrastructure funding processes, which remains independent of the Garden Communities programme itself. Our research found that around 40% of Housing Infrastructure Funding so far has been allocated to authorities with Garden Communities, (£1.35bn, or £3,350 per home).

The government’s proposed new Single Housing Infrastructure Fund may provide even greater levels of support. But major new communities have been estimated by MHCLG to require at least £15,000 per dwelling (equivalent to £6bn) to provide for the necessary community infrastructure, and this may not cover the costs of nearby transport improvements such as new railway stations; only six of the 49 projects we analysed are proposing one.

Clearly, the government is determined to offer support to authorities and the private sector in delivering Garden Community projects that deliver new housing at scale. The question is, will it be enough to support their timely delivery and boost the contribution they make to meeting the nation’s housing needs?