According to a new report, outer London boroughs in transport zones 5 and 6 are expected to build just 17% of the homes required in 2017

Figures from advocacy group London First also projected that zones 1-4 were also set to fall short, building around 80% of the new homes needed.

Overall, London is now estimated to complete just 63% of the new homes that the city needs to build this year.

The group suggests that London now requires 72,000 new homes, as opposed to the 49,000 homes a year stated in the current London plan.

“The housing crisis is getting worse, not better.

“London is falling far short in providing the homes it needs.

“The mayor and the government must do more to drive construction in the city, and further devolution of powers to City Hall may be needed to make this happen,” she said.

“At Investec, we see the outer zones (5 and 6) as key areas for funding opportunities and supporting experienced residential developers is imperative to help tackle the housing crisis.”

Smith added that this wasn’t just a political issue, saying: “The lack of building in much of zones 5 and 6 is choking London, pushing up prices and squeezing young, productive workers out of the city.

“The housing crisis is one of the most serious challenges facing business, preventing firms from recruiting the talent they need to grow and succeed.

“Business could provide thousands of additional jobs each year if the cost of housing was more manageable.” 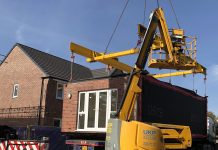