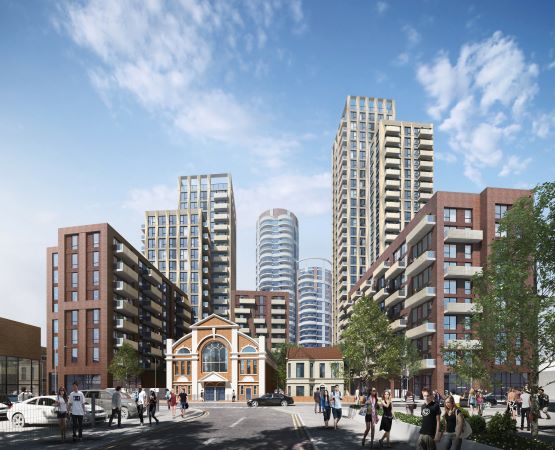 The contract award, at an undisclosed value, is for the construction of 169 homes on a former local authority car park at Linton Road, just metres from Barking station.

Pat Hayes, managing director of Be First, said: “The contract forms a vital part of our plans to build affordable homes and rejuvenate a neglected part of Barking town centre.

“It’s a huge project, so we are delighted to have the expertise and know-how that McLaren Construction brings to help us deliver it.”

Darren Gill, managing director, London, at McLaren Construction, said: “We’re delighted to secure this important project following our appointment on the Be First framework. We recognise that the Crown House development is an important step in regenerating this part of the Barking Town Centre and are looking forward to delivering it.”

McLaren Construction was among the seven companies recently selected to join Be First’s £1bn construction frameworks.

The Linton Road development forms the first of a two-part scheme which will also see a separate contract for the demolition of Crown House in favour of new flats rising to 29 storeys.

The planning application for the Linton Road-Crown House development was approved in March 2019 and is currently being considered by the Mayor of London.

Work is expected to begin early in the new year, with an expected completion date of 2022.