Following the recent publication of the amount of first-time buyers benefiting from the changes to stamp duty, David Baybut Head of Real Estate and Partner at national law firm Stephensons, considers the scope of affordable housing and says substantial action is still required

Thousands of first-time buyers have been helped by the stamp duty exemption, according to new figures – but a drastic increase in affordable housing is still essential to help many more people get a foot on the property ladder.

The government made amendments to the stamp duty land tax in England, Wales and Northern Ireland on 22 November last year with the aim of helping first-time buyers.

Recently released HMRC figures covering transactions up to the end of March 2018, show that nearly 70,000 people have benefited from the changes, saving an average of £2,300 each nationwide.

First-time buyers have saved different amounts in different regions, reflecting the variable costs of property. In London and the Southeast, the average saving in duty for first-time buyers was £4,300, compared with £800 in Northern Ireland.

The government said the figures help to demonstrate its long-term commitment to making housing more affordable.

“I’m proud that the cut to stamp duty for first-time buyers is helping to realise the dream of homeownership for a new generation, alongside building more homes in the right areas,” said Financial Secretary to the Treasury, Mel Stride.

Whilst the changes to stamp duty are likely to have been welcomed by first-time buyers as helping them get on the property ladder, they do not negate the drastic need for affordable housing.

Figures from the Office for National Statistics say that last year, it cost 7.6 times the average salary to buy a pre-existing home, and 9.7 times to buy a new build. That’s about twice as much as in 1997. As home prices have increased over recent years, homeownership rates have decreased and record numbers of people are renting privately.

Meanwhile, the shortage of affordable housing, which can be purchased under Help to Buy and Shared Ownership schemes, seems to be spreading from London and the South throughout the country to include Manchester and Sheffield, which are some of the fastest growing cities in the UK. In these cities, large developments continue to be built with extremely limited provision for affordable housing.

A recent survey carried out by the Town and Country Planning Association and published by the Association for Public Service Excellence confirms that this is a growing problem. It said that 63% of 141 councils who replied described the shortage of affordable housing as ‘severe’ in their areas.

And the signs of a more general shortage of housing are all around. More than 300,000 people are homeless. Rough sleeping is at an all-time high, and the number of families in temporary accommodation has risen by 65% in the last seven years.

It’s clear from all these indications that many people have been priced out of owning their own home.  Britain needs to build many more affordable homes if we are to really address this issue.

Head of Real Estate and Partner 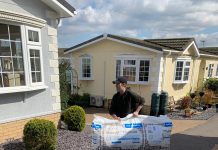 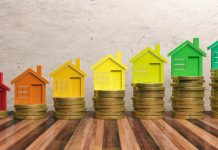 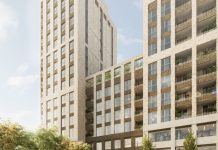