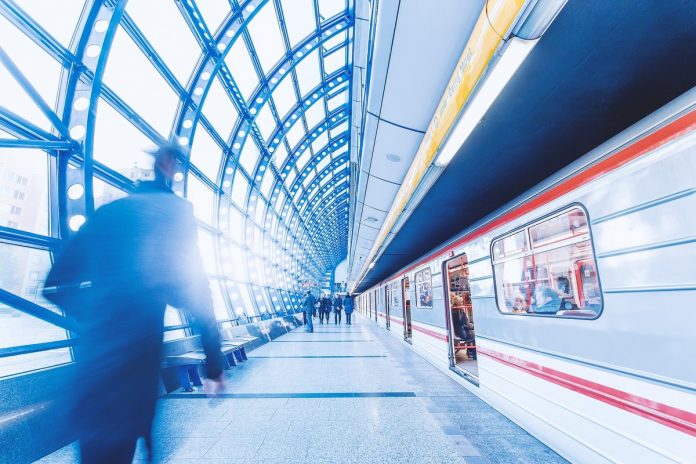 The reasons why contractors must engage in the smart city conversation is explained here by John Cove, Marketing Manager at Starrett

With over 4.8 million passengers jumping on board every day, it’s no surprise that a 24-hour strike on the London Underground can cause such chaos for commuters.  Most of us have little love for city infrastructure. We pine for fewer road works, faster transport, more reliable internet and cheaper electricity. City life would be much more bearable if everything ran smoothly — but, could this ever be possible? As more nations begin to invest in smart city and smart infrastructure projects we need to understand what these smart city initiatives mean for contractors.

According to research presented by the Consumer Technology Association (CTA), there will be at least 88 fully developed smart cities in the world in the next ten years — but, what exactly makes a city smart? Intelligent electricity grids, connected utilities and smart public transport links are among the most notable aspects of a smart city. By using data collected from the city itself, technology can be implemented to make public spaces more efficient, environmentally friendly and, most importantly, make the lives of its citizens much simpler.

London, for example, already uses smart technology to help tackle congestion. Like many European cities, London was never designed for the number of cars on its roads. To tackle this, the city uses smart traffic technology to ensure traffic lights respond in favour of public transport. Over the next decade, London has committed a £4 billion investment in its smart road network, £200 million of which will be invested into the city’s bus network.

Smart city technology may seem like a dream come true for commuters, and London’s smart traffic initiative is just one of hundreds of smart city projects currently underway around the globe. However, as the number of smart city pilot schemes continues to grow, now is the time to consider the practicalities of these initiatives. Developing a truly smart city requires a hefty investment in both technology, data collection and building costs. What’s more, in developed nations with pre-existing infrastructure, a significant amount of planning and preparation is required.

Take the United Kingdom as an example. As one of the first countries to industrialise, the UK is home to over three centuries worth of civil infrastructure. The London Underground’s eleven lines, for instance, total over 250 miles in length, some of which were built over 150 years ago. Britain’s ageing infrastructure is causing public transport to become more crowded, roads are suffering from more congestion than ever before, and civil infrastructure is buckling under increased demand. With such sprawling infrastructure already struggling to keep the city moving, how can new investments in smart infrastructure succeed?

Some experts have suggested that the concept of smart cities has been overly driven by technology corporations, rather than the practitioners that are needed to put the smart cities into place. Naturally, technology organisations are keen to discuss smart cities, so that their own hardware and software can be used in these projects. However, many practitioners, like architects, builders, planners and engineers are failing to engage in the discussion around smart cities — despite being the individuals that will ultimately bring these ideas to fruition.

Technology giants from the hardware and software realms are already fighting to distinguish themselves as leaders in smart city technology. In fact, smart city development is scheduled to be a major area of focus at the Consumer Electronics Show (CES) 2018. While there’s no denying that these organisations have the impressive technology to power a smart city, there is a different type of knowledge required to recognise how this technology can actually be built into the existing infrastructure of our cities — while causing minimum disruption.

Creating smart cities is a complex and long-term process, and the success of these cities relies heavily on collaboration between technology experts and building practitioners. For example, a technology giant could develop smart technology to increase the efficiency of a city’s underground railway network. However, this technology is rendered useless if its installation causes months of delays and disruption to the existing line. By working collaboratively with those responsible for installing the technology and those with knowledge of the existing network, the project can be planned and completed with all aspects of civil engineering and existing infrastructure considered.

Similarly, it is vital that builders and contractors understand the objectives of smart city planners and designers when undertaking any project related to a smart initiative. Unlike traditional contracting jobs, work undertaken on behalf of a smart city project must be designed with a bigger picture in mind — rather than as an isolated task. The entire premise of smart cities is built on interconnectivity and, as a result, the traditional method of managing building projects individually must be reassessed.

Whether it is more efficient energy distribution or faster public transport links, in the eyes of its citizens, city infrastructure will always have room for improvement. Smart technology is already allowing for impressive changes to regions around the world including automated LED street lighting in Oslo, smart parking schemes in San Francisco and London’s bid to tackle congestion using smart technology.

Developing a further 88 fully connected smart cities in the ten years may seem ambitious, but providing collaboration between technologists and practitioners is in place, this smart city dream could be brought to reality.