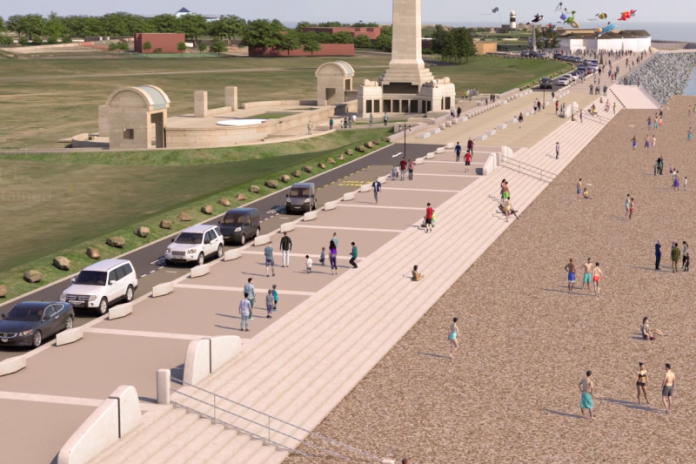 Proposals for the £110m Southsea Coastal Scheme have been given the go-ahead, as the government awards almost £100m of funding to the scheme

The Southsea Coastal Scheme will provide flood protection to more than 8,000 properties and 704 businesses at risk, due to ageing existing coastal defences along 4.5km of Solent coastline.

VolkerStevin and Boskalis Westminster joint venture, VSBW, was appointed as the main contractor for the scheme last year (September 2019).

VSBW can now begin work later this year on 4.5km of coastline from the Long Curtain Moat in the west to the Eastney Battery in the east.

The current plans for the Southsea Coastal scheme will split the works into half a dozen phases to be delivered over eight years.

The Environment Agency and the project team worked closely to secure approval, despite demands placed upon government finances at this time.

Once finished, the Southsea Coastal scheme will protect over 10,000 residential and 700 non-residential properties in Southsea from coastal flooding.

Councillor Hugh Mason, cabinet member for planning policy & city development, commented: “This is excellent news and it is the culmination of many years of planning and careful negotiation.

“The scheme has been challenging because we had to plan not just to build sea defences but to plan them in a way which would protect and enhance the unique character of the Southsea seafront, so loved by both local people and visitors.”

Works between Long Curtain Moat and Clarence Pier will be the first to commence, while detailed designs for other sections of the scheme are developed.