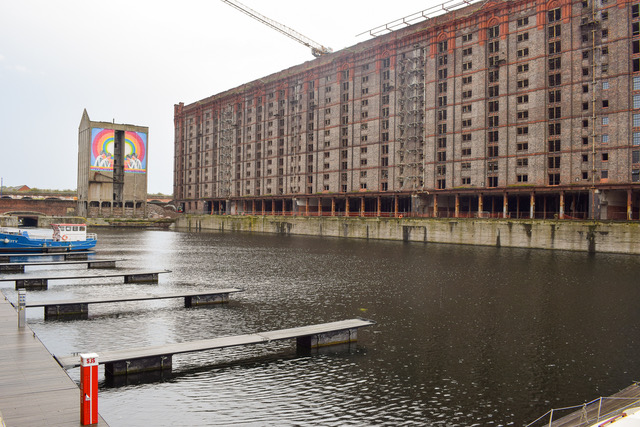 Steven Hunt & Associates has won a multi-million-pound contract to work on the iconic Tobacco Warehouse, as part of the 125 acre Ten Streets regeneration at Liverpool’s North Docks

The Tobacco Warehouse which originally opened in 1901 as the world’s largest brick warehouse has been derelict for many years, and will now be converted into 538 state-of-the-art apartments developed by Irish-based Harcourt Developments.

Harcourt Developments chose Steven Hunt & Associates over other national firms due to their reputation for delivering M&E consultancy across a number of large-scale developments in the North West, with recently completed projects including Ohel Torah Shul Synagogue in Salford and The Royal Court in Liverpool and the new Urgent Care & Trauma Centre at Aintree University Hospital.

“Tobacco Warehouse is the next step in Liverpool’s regeneration, one which will bring the focus of the Waterfront up into the northern Docks. For such an important development, we wanted to ensure that we had the most skilled M&E Consultants we could find and on meeting Steve and the Team at Steven Hunt Associates we believe we have found that the fact that they were local provided added benefit. Not only would they understand the importance of the development for the wider City they can be on site in less than 20 minutes if we need them to be.

“Staying true to local businesses is very important for us, and we hope to create over £10,000,000 worth of contracts in the region over the next two years.”

Set to blueprint the services distribution units on the 36-acre site, the M&E Consultant will design the central boiler unit to serve the new apartments, with the potential for a Combined Heat and Power (CHP) system set to create economic and energy efficient benefits for all of the future residents.

Steven Hunt & Associates’ work at Tobacco Warehouse will also include the design of energy efficient lighting, access control, a full infrastructure distribution system, sprinklers to apartments and car park ventilation to the basement.

“Harcourt Developments are experts in this type of large-scale redevelopment, so together we are hoping to create something the city can be truly proud of and I am exceptionally proud of my team.

“With such a large building, planning and preparation will as always, be key for Tobacco Warehouse. Identifying how we can save money for the client, we will ensure that the risk and cost base of this scheme is lowered, which is something we have become well known for doing.”

Steven Hunt & Associates’ first phase of work at the Tobacco Warehouse as part of the Ten Streets regeneration is set to begin in December, with the second and third phases of the building’s development planned for next year, before work is expected to be completed in 2019.