Home Planning & Construction News Terminating a construction contract – the end of your troubles or the...

Whilst construction projects should always aim to create a harmonious supply chain marriage, often parties find themselves heading for divorce. And never more so than in this post-covid, post-Brexit era, where issues around lack of materials and resources, quality of work, delays to completion, cashflow and payment frequently prove incapable of resolution by collaboration.

Supply chain members are left frustrated, feeling they have no alternative but to terminate relationships early. But, just like a divorce, termination is serious, often with no clear-cut innocent party. It requires adherence to strict procedures and holds dire financial consequences for those getting it wrong.

When can a construction contract be terminated?

There are limited ways to terminate including:

The parties can agree to terminate on commercial terms. Recording these terms in a formal settlement agreement will minimise the scope for further dispute. This is the amicable divorce, where relationships can be preserved with an early conclusion and there are no arguments over procedural irregularities (see further below).

There may be a contractual right to terminate where there has been a material breach of one or more terms and provisions of the contract. Frequently this right is dependent on the terminating party serving a notice detailing the breach, giving the recipient a specified period to remedy it and their failing to do so. Where there is no definition of ‘material breach’ within the contract, the Courts have ruled that it will depend on the factual circumstances of each case.

What about non-payment? Termination may be possible. For example, under the JCT SBC and DB 2016 forms a contractor is entitled to terminate its own employment where an employer fails to pay an amount due by the final date for payment. There must be service of a first (default) notice and the employer must continue the default for a specified period before the contractor can serve the termination notice.

One of the most fiercely contested grounds for termination is where it is based on a ‘failure to proceed regularly and diligently’. The employer’s right to terminate a contractor’s employment on this ground is contained within both the JCT SBC and DB 2016. Again, this right is subject to strict provisions on service of notices and the contractor failing to remedy the default. What constitutes a failure to proceed regularly and diligently is a hot topic; often, as with the standard JCT contracts, there is no express definition.

Whilst attempts at a clear and unambiguous definition have been made, the Courts have found it an impossible task, saying that it’s like the elephant – you know it when you see it.

Again, it will come down to the facts of each case. Generally, delay alone will not be proof of a failure to proceed regularly and diligently but may call for further investigation. Evidence of a failure to achieve programmed productivity and a failure to properly resource may help. The key to proof will be good contemporaneous records, for example consistent complaints in writing and regular records of the amount of personnel on site. Independent expert evidence may ultimately be required.

Some contracts, including some of the standard industry forms, contain express rights for employers, contractors and subcontractors to terminate in the event of the insolvency of another party. What constitutes insolvency will be contract specific.

However, these contractual rights cannot now be viewed in isolation. The Corporate Insolvency and Governance Act 2020 (CIGA), which came into effect on 26 June 2020 made an amendment to the Insolvency Act 1986. This now precludes a supplier of goods and services from exercising a right of termination against a company going through an “insolvency” procedure (defined in CIGA). Employers are largely unaffected. But in many cases contractors and subcontractors will no longer be able to rely on their contractual rights to terminate for upstream insolvency and to collapse the supply chain.

English common law also provides for the repudiation of a contract where there has been a fundamental breach, being one going to the root of the contract. Great care will be needed if termination on this basis is being considered.

You have the grounds, but how do you terminate?

To terminate lawfully, it is also vital to follow the prescribed procedures for termination notices to the letter.

The notice must also be served on the address and persons prescribed by the contract.

The risks of termination and how to mitigate them

If the terminating party fails to satisfy the grounds for termination and/or to follow the prescribed procedures, the recipient can hold them in repudiatory breach of contract and claim substantial damages. The tables are then suddenly reversed.

For a terminating employer, getting the works completed after termination will be paramount. Planning before termination who will carry out the works, how and for what payment, will be key to a smooth transition. Without this, the termination of a contractor may trigger the immediate termination of all subcontractors and suppliers and bring a project to an abrupt and protracted halt.

For contractors and subcontractors, being on the receiving end of a termination notice is likely to spell severe cash flow challenges. Under some JCT provisions, there will be no immediate final account. They may be entitled to payments that have already become due, but the final reckoning will only usually take place after the employer has arranged for completion of the works, the making good of defects has occurred and a termination account has been prepared. That may be months or years away.

Any disputes arising over termination will be subject to the dispute resolution provisions in the contract. Worst case, this may mean lengthy litigation or arbitration. Adjudication, if applicable, can short circuit this. For contractors and subcontractors, this swift and low-cost process could reverse the cash flow challenges of being terminated and facilitate recovery of substantial damages for repudiatory breach.

Termination should always be viewed as a last resort, deployed only when other viable routes of preserving relationships have been exhausted.

If you find yourself involved in a termination situation from whichever side, do study your contract and take early legal advice. There is so much to get right to ensure termination gets you to where you really want to be. 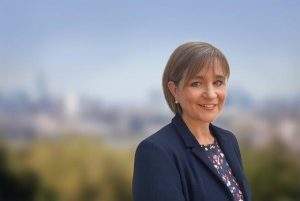