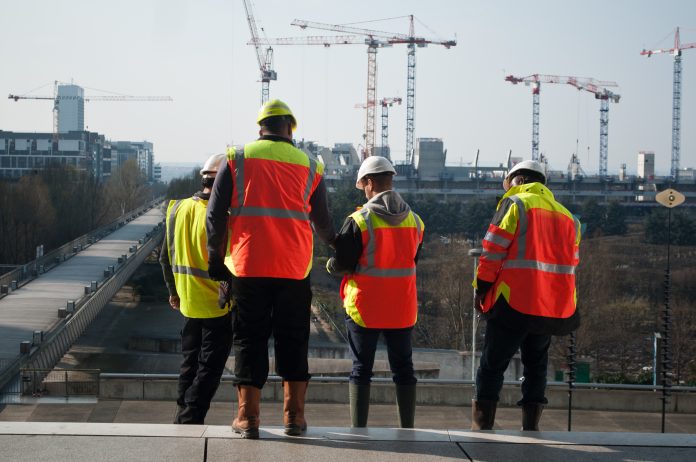 Although employment has continued to fall, the latest PMI data signals a sharp increase in UK construction activity at the end of the third quarter 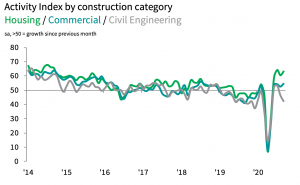 Civil engineering activity fell for the second month running and at the sharpest rate since May.

New orders rose for the fourth time in as many months, with panellists continuing to mention a release of pent-up demand. The latest increase was the strongest since just before the escalation of Covid-19 pandemic.

In line with the rise in new work, UK construction firms recorded another increase in purchasing activity at the end of the third quarter.

On the employment front, staff numbers continued to fall in September. However, the rate of workforce contraction eased to the slowest for seven months. When explaining job cuts, some panellists mentioned releasing furloughed workers following a restructuring of their operations. 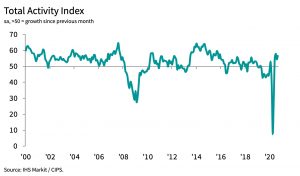 Dave Sheridan, executive chairman at ilke Homes, said: “It’s great to see housebuilding continue to bounce back strongly since lockdown earlier in the year, which is being buoyed by the release of huge pent-up demand in the housing market.

“However, if the construction industry is going to continue on this positive trajectory it’s going to be crucial that we scale-up innovative methods to housebuilding because, at present, the sector does not have anywhere near the capacity to deliver on the government’s 300,000 home a year target.

“Increasing housebuilding output must not come at the expense of the UK economy meeting its net-zero targets by 2050.

“That’s why as we look ahead to a more carbon-conscious climate, factory-built homes must sit at the heart of the solution.”

Brian Berry, chief executive of the FMB, said: “Growing activity in the construction industry should make this an attractive sector for young people considering their next steps after school, and people leaving other industries looking to retrain.

“Construction has a key role to play in rebuilding the economy as recognised by the Prime Minister in his ‘build, build, build’ speech earlier this year. However, to ensure high standards, the industry needs to train, train, train.

“This means the trades need to be prioritised in the Government’s funding allocations for colleges. It also means we need to strengthen colleges’ links with employers so that we join the dots.”