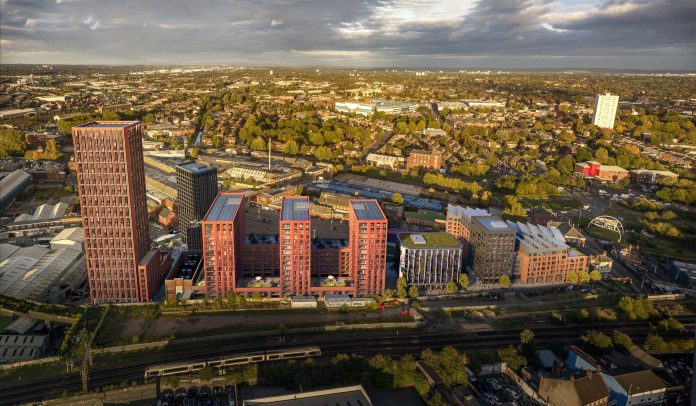 Cole Waterhouse’s vision for UTS is a response to the High Speed 2 (HS2) and emerging Digbeth masterplans which form part of the wider evolution of Digbeth and will complement other development proposals in the area.

The development will see the existing industrial land transformed into a cultural, commercial and residential scheme with 943 new homes, some with live-work space and roof gardens, a 133-bedroom hotel, 60,000 sq ft of flexible commercial space, car parking and large areas of public realm including a new public park and a network of landscaped yards, squares and hidden spaces.

Over the summer the team has been working closely with Birmingham City Council and other stakeholders following a far-reaching public consultation programme and the submission of a full planning application which was made in April.

Updated plans have now been submitted which include design enhancements to some residential blocks to create a more distinctive character which is influenced by the current and past industrial uses of the site.

Additional landscaping and the inclusion of a new ‘parklet’ have been included to create more outdoor space.

The scheme’s ground floor, live-work units will have street facades of large opening glazed doors recessed behind sliding perforated metal shutters and entry doors which will offer glimpses into the work spaces beyond.

The re-development of the historic site, which borders Adderley Street and the proposed Skypark on Duddeston Viaduct, will retain the lock keepers cottage, pump house and canal and the development team is working closely with the Canal and Rivers Trust to enhance and protect the site’s unique Victorian engineering history.

Damian Flood, chief executive of Cole Waterhouse said: “We listened carefully to the feedback from the consultation programme and have subsequently made some enhancements to the scheme design which we wanted to show with these new images. 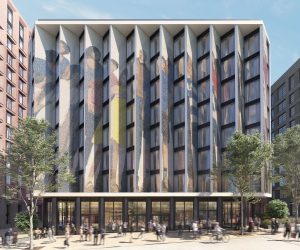 “We have been in close contact with the existing businesses in the area to accommodate their requirements in the new scheme and their feedback and support has been overwhelmingly positive.” 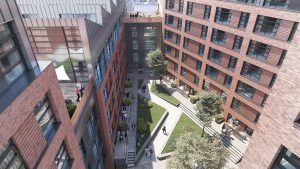 “With close proximity to Birmingham city centre and planned improvements to transport infrastructure, including the new West Midlands Metro line and HS2 Curzon Street station, Upper Trinity Street will create a great community for hundreds to live and work and we are committed to protecting the area’s unique ‘Digbethness’ which is further reflected in our design amends.”