The research comes shortly after a call for the mandatory licensing of construction companies to ban cowboy builders, by a private member’s bill.

When it comes to renovating their properties, 24% of British homeowners opt for professional help, however, according to the study, 56% reported that they had to pay additional costs to rectify the problems caused by cowboy builders, 11% of which spent between £500-£749.

12% stated that they would not recommend the contractors hired to family and friends and when asked to score their satisfaction from 0 – 5 the results revealed:

Bristol came up trumps as the city with the highest chance of hiring a cowboy builder with 13.6% stating that they were unsatisfied with the work and had to fork out between £1,250 – £1,499 in fixtures.

Birmingham and Belfast take the second and third positions, with almost one in 10 admitting to receiving an unsatisfactory service.

However, on the other end of the spectrum, Norwich was named the least likely city for sub-standard work.

Those who had work done revealed they had an overall satisfaction of 97.6% and 78.6% were even likely to recommend their contractors to friends and family.

Sheffield came second with 85% of residents revealing that they’ve never had to pay to fix the work of a cowboy builder, followed by Liverpool, Glasgow, and Edinburgh. 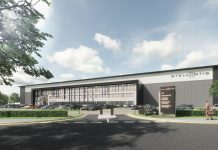