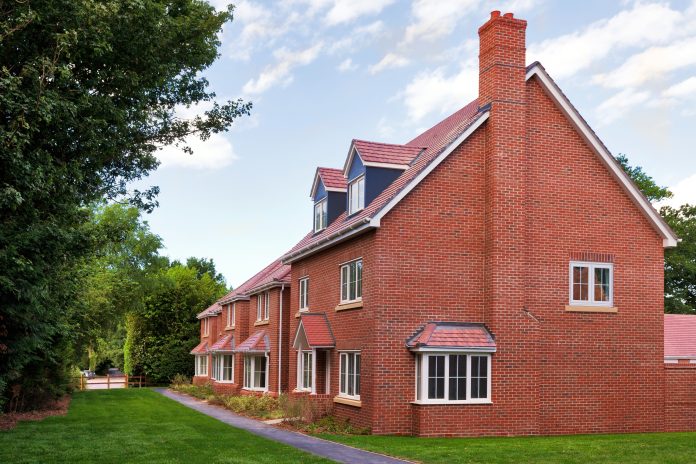 The Conservative Government has failed to build a single ‘Starter Home’ despite pledging to build 200,000 by 2020, according to the National Audit Office (NAO)

The National Audit Office (NAO) undertook an investigation with the aim of establishing the status of Starter Homes policy and legislation; and the impact of the MHCLG’s investment in Starter Homes.

Within the Conservative’s 2015 manifesto they committed to building 200,000 starter homes across England to be sold exclusively to first-time buyers under the age of 40.

To date, no such homes have been built because the government has not activated all of the necessary legislation or budgeted for them, according to the NAO.

The MHCLG previously stated that its overarching objective for new housing in England is to “support the delivery of a million homes by the end of 2020 and half a million more by the end of 2022 and put us on track to deliver 300,000 net additional homes a year on average.”

The ambition to deliver 300,000 net additional homes is supported by an extensive and complex array of policies (Figure 2), many of which pre-date this Parliament and have been carried over from previous housing programmes.

The programme to create Starter Homes is one of these and was first publicised in 2014.

In April 2015, the Conservative Party manifesto committed to “200,000 Starter Homes, which will be sold at a 20% discount and will be built exclusively for first-time buyers under the age of 40.”

The November 2015 Spending Review subsequently provided £2.3bn to support the delivery of 60,000 Starter Homes (of the 200,000 previously announced). The Housing and Planning Act (2016) set out the legislative framework for Starter Homes and MHCLG ran a consultation on Starter Homes Regulations (the regulations) between March and June 2016.

In May 2018, the Minister of State for Housing and Planning stated that the government had spent an estimated £250m of the Starter Homes Land Fund. In July 2018, the MHCLG clarified that it had spent £250m buying land to build affordable properties from two funds, the Starter Homes Land Fund and the Land Assembly Fund, with work underway to get the land ready for development, but that building had not yet started.

The concept of Starter Homes was first introduced at the Conservative Party conference in September 2014 by the Prime Minister. Figure 3 provides a timeline of key events in the development of Starter Homes policy and legislation.

The impact of MHCLG’s investment since 2014-15 and its agencies have financed preparations for Starter Homes through three main sources of funding (Figure 4).

In August 2015, MHCLG announced the first Starter Homes funding package of £26m. The funding was to be used by the Homes and Communities Agency (now Homes England) to identify and purchase sites, particularly underused brownfield sites, and prepare them for Starter Homes to be started in 2016-17 and 2017-18. Money from the sale of these sites to developers would be returned to the MHCLG.

In 2015-16, Homes England spent £15.4m of this funding on the acquisition of seven sites and the preparation and remediation of these and four existing sites, as well as changing planning consents to allow housebuilding on the sites (for example, changing planning permission from a commercial development to a residential one).

MHCLG told the NAO that the full funding was not spent because of difficulties identifying sites for purchase within the limited time available (August 2015 to March 2016).

Homes England is forecasting that its total spending will result in 379 new homes. Only 26% of these new homes (98) are expected to meet the definition of affordable housing, with the remaining 281 expected to be sold at market rates (Figure 5).

The 2015 Autumn Budget announced £1.2bn for the SHLF, a funding envelope that was intended to last multiple years. The aim of the SHLF was to support the acquisition and remediation of suitable land for Starter Homes developments that could then be built by developers by 2020. Over 2016-17 and 2017-18, MHCLG spent £151m from the SHLF. Homes England spent a further £0.8m from the SHLF on de-risking sites purchased through the original Starter Homes 2015 funding.

MHCLG forecasts that the SHLF will create 5,175 new homes, a quarter (1,268) of which will meet the definition of affordable housing (Figure 7). However, without the necessary secondary legislation these homes cannot be marketed as Starter Homes.

The SHLF ended in March 2018. By July 2019, MHCLG had spent a further £19m on remediation of sites acquired under the SHLF, and forecasts that an additional £15m will be spent on the sites before they are disposed of, with the funding drawn from the Single Land Programme and the Land Assembly Fund (LAF).

MHCLG is forecasting receipts of £137.2m from the onward sale of land purchased under the SHLF. This would leave a net cost to the taxpayer of £47.8m.

Net of estimated receipts, Homes England’s forecast spend equates to around £9,200 per home. At 31 March 2019, MHCLG had received £8.9m of this expected income.