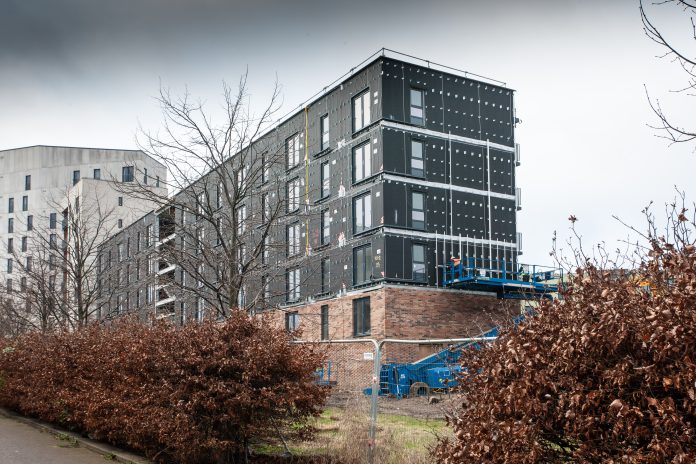 Sonia Travis, head of commercial sales at Epwin Window Systems discusses recent research into the growth of Modern Methods of Construction in social housing, and how the business is adapting to the growth of offsite construction.

The use of Modern Methods of Construction (MMC) is increasing amongst UK social housing providers, and is hailed by some as one potential answer to the UK’s mounting housing crisis.

The government’s ‘Planning for the Future’ White Paper, published in August, outlines plans to overhaul the UK’s planning system and specifically mentions the facilitation of MMC in order to deliver its ambitious plan for 300,000 new homes annually.

Furthermore, MMC was also laid out as an area of strategic focus by Government in its 2018 Construction Sector Deal, because of its potential to increase productivity and modernise the construction industry.

Some of the larger social housing providers have committed to the use of MMC by making significant investments in state-of-the-art manufacturing facilities, whilst others are partnering with modular manufacturers on developments of all sizes.

It’s possible that MMC has now reached that commercial tipping-point that makes it viable and scalable, which is unsurprising given the reported benefits, such as the speed of delivery, cost savings, reduced wastage and improved quality.

Undoubtedly there is an appetite for MMC, and we’re supplying more factory-built projects, however the pace feels slow and until the industry matures many social housing providers may be simply unwilling take the risk of investing time and money into something they consider unproven.

Reported drawbacks to MMC, and therefore barriers to uptake, include the high cost to set-up, the need for economies of scale to make it a financially viable option, negative consumer perceptions of modular or ‘pre-fab’ housing, and the difficulty in accessing finance for MMC developments.

To better understand the uptake of MMC in social housing, attitudes and perceptions of these construction methods and plans for future use, we surveyed social landlords in late 2019.

How widespread is the use of MMC?

In my opinion these smaller developments could suggest that social housing providers are trialing the use of MMC before using these methods more widely.

In fact, 70% of these respondents stated that they will be increasing the number of MMC homes by at least 50% year-on-year for the next five years.

It is also interesting to note that there is a correlation between those who have constructed higher numbers of homes using MMC, and a higher percentage increase in planned MMC developments. In my opinion this could suggest that larger developments are offering housing associations the economies of scale which make MMC developments more financially viable.

Is further uptake of MMC imminent?

Of those who are yet to construct using MMC, 80% stated that they will be using these methods to some degree within the next five years.

Of the 20% who don’t have plans to use MMC in the near future, reasons given include that some developments are too small to be cost effective, and that MMC suppliers aren’t keen on working on small developments.

The most significant perceived barrier to MMC by some margin is the immaturity of MMC manufacturing. Capital investment came in second place, and concern about cost effectiveness in third.

In my view, these are all linked. MMC requires volume and continuity of demand to offer economies of scale, however because the market is immature inefficiencies and inexperience can lead to inflated costs. These issues explain why some social housing providers are setting up their own factories or buying their suppliers, as this ensures stability and scalability of supply.

Negative consumer perceptions about MMC homes and difficulty in gaining finance for MMC developments were considered to be the least important barriers.

Speed of delivery was ranked as the biggest benefit, with quality of construction coming a close second.

Given the shortage of homes in the UK, and the levels of output needed to meet current and future demand for housing, it is unsurprising that speed of delivery is viewed as such a significant benefit.

Furthermore, because the homes are precision manufactured in a controlled environment there are fewer snagging or longer-term build issues post-completion than with traditional construction. This is a significant benefit for social housing providers who are responsible for maintaining the asset post-completion.

It is interesting that over 60% of respondents ranked cost savings as being least important. In my opinion this is either a reflection of the immaturity of the market, or because cost savings with MMC are associated with economies of scale and many of the survey respondents’ MMC developments are relatively small.

Greater cost savings could be imminent. Because MMC allows for the faster delivery of homes, reduces defects, improve as-built performance and reduces maintenance costs, as the industry matures, there is a good chance that build costs will come down significantly over the coming years.

So the survey suggests that offsite home building is set to reach a commercial viable tipping-point over the coming years, and as a key supplier Epwin is ready to respond.

Our in-house design team and specification managers have now worked on a number of modular build projects, allowing us to develop our knowledge of what products and systems best suit these homes.

Although it’s still early days, it’s our objective to develop a specialist range of modular window and door systems based on close partnerships between both off-site manufacturers and landlords.

This is something Epwin is well placed to achieve in a relatively short space of time, as our in-house design service is constantly feeding back on modular specifications, including window energy ratings, structural calculations, wind loading, and load bearing requirements.

For more information on Epwin’s MMC in Social Housing research or to download the full report here.