Home MMC News Brick by brick: The role of modular in meeting the housing crisis 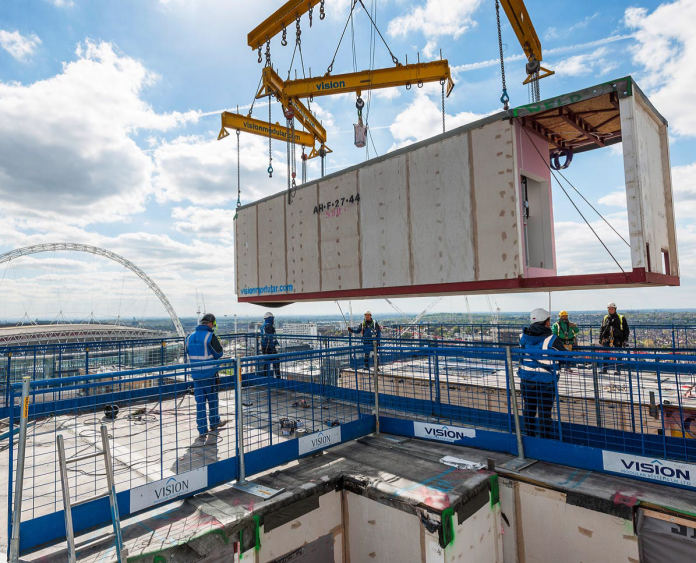 Homes England’s Affordable Homes Programme could prove a step-change in the mainstream adoption of modular and offsite construction. Jahanara Hussain and Sarah Hale of UK law firm TLT examine what needs to happen to de-risk modular and secure its future

In 2020, Homes England announced the new five-year Affordable Homes Programme (AHP) as part of the government’s plans to tackle the housing crisis and provide would-be homeowners with a step on to the housing ladder.

As part of the AHP, Homes England will be making over £7.3bn available to developers from April 2021. Modern Methods of Construction (MMC) will be integral to the programme and achieving the target of 130,000 affordable homes (outside of London) by 2026 – so much so that the government expects strategic partners to adopt at least 25% MMC in future schemes. Evidently then, modular and MMC are set to play a greater role in the housing development sector and stakeholders must be prepared.

Modular in the mainstream

Generally, modular housing involves a process whereby building elements are constructed in an offsite factory before being transported to a building site for assembly. Presently, modular has failed to break into the mainstream in recent years: negative comparisons have been made to post-WWII prefab housing and some high-profile modular firms have reported significant losses from start-up costs. However, the latest AHP could change the direction of travel for the modular industry and lead to wider acceptance of MMC across the development sector.

Indeed, Mark Farmer – the government’s own champion for MMC – co-authored a recent report advocating for the government to embark on a programme to build 75,000 modular homes a year. According to his report, Farmer stated that such a programme would create 50,000 new jobs, add 0.75% to GDP and reduce carbon emissions in new homes by up to 40%, bringing potentially significant benefits for the planet as well as the UK economy.

Following the government’s declaration of a 2050 net zero emissions goal and the launch of schemes such as the Green Homes Grant, modular housing and offsite construction could become key to lowering the carbon footprint of the housing development sector in the UK. For example, efficient manufacturing and streamlined design reduce waste going to landfill, while energy use can be monitored and adapted much more efficiently in a factory setting as opposed to a conventional construction site. The reduced transportation of materials can also reduce congestion and air pollution in the immediate area.

Furthermore, modular brings opportunities to integrate homes into grid connections more easily, delivering major advantages for sustainability. For instance, modular homes can be designed to have built-in energy efficiency, with many being powered through solar panels, reducing the need for energy from the grid. Better insulation can also lead to better efficiency and lower energy bills, reducing heat loss and energy wastage.

Securing the future of modular

Although the adoption of MMC in the AHP and growing demand for modular is great news for those working in the sector, there remain a number of obstacles, particularly for developers. De-risking modular is chief among these concerns – especially in construction, storage, inspection and quality control, as well as installation and payments. Without addressing these risks, the parties may find that their contract does not protect them in the way they had hoped.

Unlike more traditional methods of construction, modular requires developers to pay upwards of 60% of costs before the end product reaches the site. Developers should therefore consider regular inspections of factories to be essential, making sure that units are up to specification requirements before signing off and releasing any payments.

Another risk for developers is a manufacturer becoming insolvent. If this were to happen, developers might be left without the supply needed to meet pre-set goals and would need to then conduct a procurement process to find products elsewhere.

However, developers can mitigate the risk presented by a manufacturer insolvency and increase resiliency by conducting investigations into the finances, reputation and stability of the other party and checking that contracts with manufacturers provide adequate protection against the impact of insolvency.

Another measure that developers can take is the review of contractual terms on a regular basis to see whether they can be further modified or enhanced to hedge against exposure.

To de-risk modular, developers should also consider their heads of terms ahead of any transactions. For example, including a performance bond to provide security for the upfront payments made to the modular supplier, as well as rights to test the quality of the works, which can be done at various stages of the offsite construction process.

Futureproofing modular will be essential to assuaging any concerns as to the longevity of projects. Designing units that are easily adaptable to changing needs and requirements, such as renewable energy infrastructure and technology, are some considerations that should be made. The modular provider should also provide details of maintenance through the lifecycle of the home, and it may also be pertinent for the buyers to establish a maintenance programme with the supplier for its estimated lifecycle.

The measures contained in the new AHP should provide a significant incentive for the market to develop and reach a level of maturity to allow for buy-in from developers. Modular is hailed as a panacea for tackling the housing crisis but the government, manufacturers and developers alike must all develop a more comprehensive understanding of how MMC fits into the sector.

If modular is to be the future of construction and housebuilding in the UK, de-risking is core to its wider take-up. Developers should remain cognisant of the ways in which this can be achieved as they begin to use more MMC and make sure they stay up to date with regulations and sector innovation. By doing so, the sector can take advantage of the opportunities presented, meet the needs of the housing crisis and create sustainable homes that will last into the future. 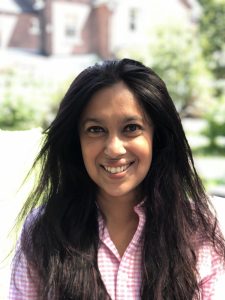