Could changing planning rules to make it easier for homeowners to build upwards help to tackle the UK’s housing crisis? Paresh Raja of Market Financial Solutions takes a look

The UK is renowned for the desirability of its property market. However, as a consequence of such significant demand for commercial and residential real estate, the country is currently dealing with a housing crisis.

This is the term being used to describe the imbalance afflicting the UK’s property market at present, with demand currently outweighing the number of available homes. As a consequence, house prices across the country are rising – over the course of 2017, the average value of a UK home rose by a substantial 5.2%.

To alleviate mounting demand for residential properties, the government has publicly voiced its intention to resolve the housing crisis by encouraging the construction of new build developments. The Prime Minister has also vowed that she will take a more hands-on approach to ensure that homeownership is an attainable goal for more people.

Of course, as with all government pledges of this nature, it is important to measure policy commitment by the actual reforms that have been initiated to meet this objective, rather than rhetoric or promises alone.

A lack of cohesion

Historically, attempts to resolve the housing crisis have been undermined by a lack of policy cohesion. For example, over the past two decades, there have been 16 different housing ministers. This makes the ability deliver long-term policy particularly difficult.

One only needs to look at the Housing White Paper – a strategic framework delivered in February 2017 in a bid to increase affordable housing while also supporting the rental market. After a shocking result for the Conservative Party following the snap General Election last year, many of the initial actions promised in the White Paper seemed to lose momentum. 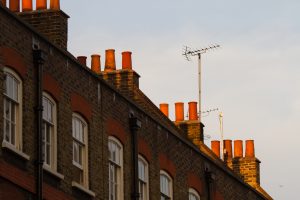 Fortunately, 2018 could be the year that this all changes. By chairing the inaugural Housing Implementation Taskforce in February, the Prime Minister reaffirmed the government’s desire to increase the housing supply, and spoke of the need for creative new approaches.

This was followed soon after by housing secretary Sajid Javid’s announcement that the government was to review the current planning laws and encourage more homeowners and developers to build upwards in urban areas by an additional two storeys. While little has been revealed so far, this type of reform hints at a willingness to adopt more creative initiatives to increase housing supply, which is a positive move.

Building upwards makes sense. Rather than investing heavily in the construction of new build developments on the outskirts of a city, adding new levels to existing buildings in popular inner-city areas represents a more time- and cost-efficient solution. Of course, such extensions must respect the integrity and heritage of the surrounding neighbourhood, but as shown in bustling cosmopolitan cities like Paris and Barcelona, there is no reason why an effective balance cannot be struck.

While improvements to the planning process are likely to encourage property investment, it’s important that homeowners and developers are in a position to finance these projects. In November, mortgage approvals from mainstream institutions hit their lowest level in 13 months, and while there has been a mild recovery in recent months, significant challenges still persist such as excessive red tape and long approval times. Evidently, this highlights the need for greater market awareness of alternative finance options.

Over the past decade, the rise of alternative finance has offered borrowers greater flexibility when it comes to executing property investment strategies, particularly when it comes to consolidating and expanding their real estate portfolio. UK real estate is in high demand, and struggles to access capital can hinder a buyer’s ability to quickly act on an opportunity. Moreover, for extension projects that are likely to add value to a home or building, developers and homeowners can also look to services such as bridging, which can provide fast and effective access to finance, leveraged against an asset.

With the government announcing its intention to address the housing crisis through creative new measures, proposed reforms to planning laws should be welcomed. However, to ensure homeowners and developers are in a position to take advantage of future changes, greater awareness must also be generated among prospective borrowers about the full range of finance options available to them. By stimulating investment and encouraging people to make use of new reforms, the UK will be better positioned to meet demand for property.