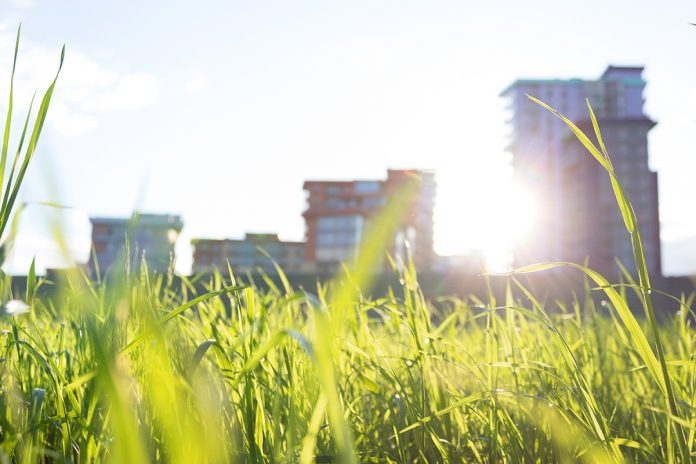 There is a housing crisis in the UK. In England alone, there is a backlog of almost four million homes; clearing this surfeit while meeting new demand will require the construction of between 240,000 and 340,000 homes each year. This also requires an attendant increase in associated infrastructure, such as roads, schools, healthcare services and shops to create self-sufficient, successful communities.

At the same time, biodiversity is in rapid decline, with almost 15% of UK species in danger of extinction. However, although it might seem that the need for new housing is directly at odds with protecting the UK’s wildlife and their habitats due to the need to turn more land over for housebuilding, in fact, housing developers can play a key role in protecting and enhancing biodiversity.

To ensure all new developments benefit the UK’s natural environment, the government has mandated for biodiversity net gain (BNG) in the upcoming environment bill. Already a requirement in the National Planning Policy Framework (NPPF) and National Planning Practice Guidance, achieving BNG means that a development results in an increase in biodiversity compared to pre-development. Ideally, this should be on the site of the project itself. As a last resort, developers may be able to achieve net gain at another local site, or purchase biodiversity units to improve habitat elsewhere.

Tackling BNG requirements proactively will reduce the likelihood of developers suffering planning refusals and delays if high value developments are sent back to the drawing board, potentially leading to significant redesign and resubmission costs. Fortunately, meeting growing demand for housing while simultaneously boosting biodiversity can benefit developers as well as the UK’s wildlife – provided that developers rise to this challenge proactively and with ambition.

Support is required to measure and demonstrate BNG

Central to the emerging BNG requirements will be a developer’s ability to achieve demonstrable, measurable BNG. To do this, there is a need to accurately measure and demonstrate an enhancement of biodiversity in comparison to the site pre-development. This requires standardised methods to capture a number of intrinsically difficult to measure factors in a quantifiable way.

In contrast, the country’s habitats and the wildlife that rely on them are complex, seasonal, regionally and even locally variable – this means that biodiversity metrics alone aren’t nuanced enough to measure and demonstrate the real importance of a habitat in context.

This is why skilled ecological advice is essential in interpreting the results of the metrics. Ecologists will provide the expert advice to help developers enhance biodiversity in a meaningful way. Uncritically relying on unsophisticated tools like a metric will obscure the real potential of development sites to achieve BNG, because focusing on creating habitats which score highly bears no regard to the real ecological value those habitats will – or will not – add to that site.

To further complicate matters, there are several different biodiversity metrics available, which can return very different results even when applied to the same situations. These various metrics have been designed to address the unique environmental conditions of different regions, or to reflect the circumstances around different forms of development – the right metric, therefore, must be chosen and applied to each site.

Developers must be strategic in approaching their net gain goals

Using metrics without guidance from skilled ecologists can lead to unintended consequences for both wildlife and developers. For instance, metrics may fail to capture the habitats used by migratory species. Developers should instead collaborate with skilled ecologists so the metrics, rather than leading developers blindly, act as a helpful tool to support a strategic approach to enhancing biodiversity while also adding value to new developments.

Taking a strategic approach to BNG has significant benefits for both local wildlife and housebuilders. The environment bill envisages requiring local authorities to create a Local Nature Recovery Strategy that will sit alongside their Local Plans. Anything done to improve biodiversity that is in accordance with this strategy is likely to equate to additional value-added in Defra’s biodiversity metric.

What’s more, supplementary measures taken to enhance biodiversity do not have to be expensive. Although the most effective actions to achieve meaningful biodiversity net gain are those that are planned into developments from the very start, there are easy steps developers can take to increase the biodiversity value of their sites while providing attractive spaces for people. These actions could include:

As the BNG requirements are intended to become law, forward-thinking developers will already be prepared and working with skilled ecologists to ensure they can enhance biodiversity from the inception of their projects. There is also a clear business case for developers to be strategic and act now on biodiversity. Places with accessible and wildlife-rich environments are desirable to buyers, and this is reflected in property prices. The Office for National Statistics (ONS) estimates that green and blue space adds £2,813 to the price of the average house in Great Britain, which adds up to £77.9bn across the country. To put that in perspective, the UK defence budget in 2019 was £49.7bn

The UK needs houses, not only for the existing population, but for future generations too. To support developers as they look to tackle these issues, we have published a report outlining how developers can respond to the biodiversity net gain requirements in the forthcoming environment bill and tackle the housing crisis while also realising the commercial benefits that BNG can deliver and creating healthier spaces for wildlife and people. The full report can be downloaded at: www.buildingbiodiversity.co.uk