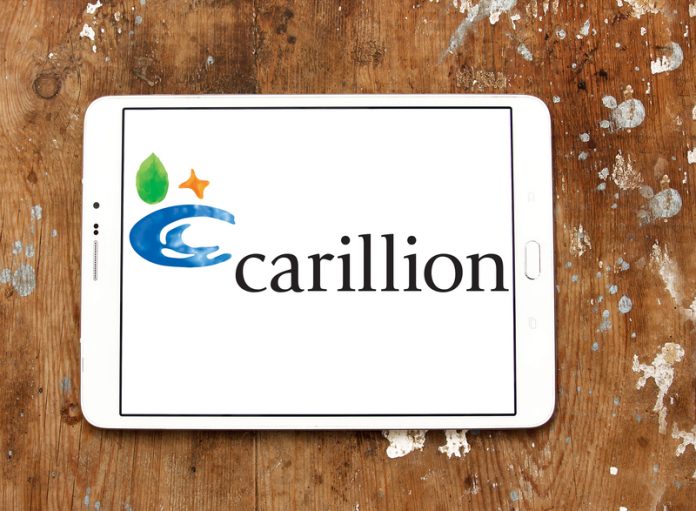 The government’s system for assessing its major suppliers missed “clear and compelling problems” with Carillion in the months leading up to its collapse, the Public Accounts Committee has said

The spending watchdog has been examining Strategic Supplier Assessments, which are treated as confidential advice to ministers used to rate companies on a Red-Amber-Green (RAG) scale. Suppliers can also be designed as Black for high risk.

It found that although Carillion had been rated as Amber due to its performance on contracts with the Ministry of Defence and Ministry of Justice, it was not until after the company issued a profit warning in July 2017 that the government downgraded it to Red.

The government was apparently unaware of Carillion’s financial distress until this point, despite the City knowing the company was in trouble well before, the committee said.

In November 2017, officials recommended a provisional Black rating for Carillion. However, following representations from the company, the Cabinet Office did not confirm the designation. The company collapsed less than two months later.

The committee’s deputy chair, Sir Geoffrey Clifton-Brown MP, said too many government facilities contracts were concentrated with the firm, creating a perception that it was too big to fail and the government would “bail it out when push came to shove”.

“The Carillion board’s erroneous belief that the government would not let the company collapse appears to have contributed to their failure to take the necessary action to save the company and prevent the sad loss of jobs and damage to numerous suppliers and subcontractors when Carillion went into liquidation,” he added.

The PAC said risk assessments relating to other strategic suppliers that raise concerns about their performance against contracts, as well as about the relationship between suppliers and government. It has not chosen to publish these papers at present but “reserves the right to do so”.

Committee chair Meg Hillier MP said that while the committee recognises the commercial sensitivities about the relationship between government and its suppliers, there are concerns over a lack of transparency and its potential to “create an environment where poor practice takes root”.

“The Carillion papers identify clear and compelling problems with the business in the months leading to its collapse. Government had the opportunity to deal with them,” she added.

“Taxpayers, service users and people and businesses plunged into financial difficulty by Carillion’s demise deserve to know what happened.

“The fall-out from Carillion’s collapse and the resulting burden on the public purse is still not clear. We will be seeking clarity on these critical matters and probing suppliers and government about what they are doing to ensure such a catastrophic failure is not repeated.”