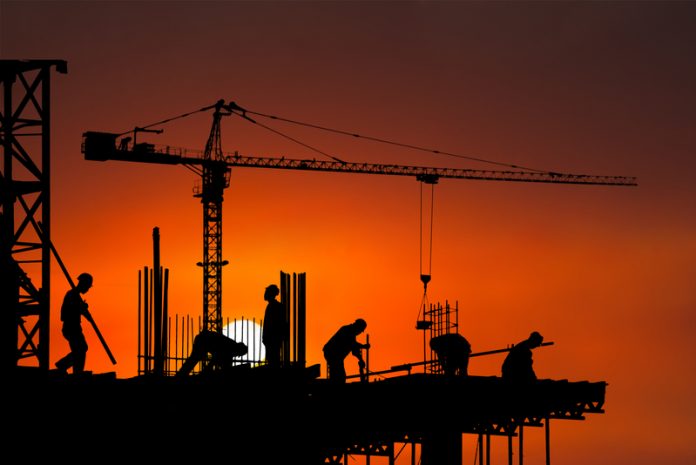 The Construction Purchasing Managers’ Index from IHS Markit and the Chartered Institute of Procurement & Supply (CIPS) stood at 52.2 in December, down from 53.1 in November but above the 50-point no-change threshold indicating growth for the third month running.

Housing was the key engine of growth, with residential work expanding for the 16th straight month.

However, there was a moderate fall in commercial construction, continuing a decline seen since July.

Overall demand for construction projects was resilient, with new order volumes rising at the fastest pace since May, with survey respondents reporting a gradual upturn in clients’ willingness to commit to work.

The prospect of growing workloads fuelled stronger rises in employment and purchasing activity. Buying saw the steepest rise in two years and the robust demand for construction products and materials contributed to a “sharp lengthening” of suppliers’ delivery times.

Strong cost pressures continued across the industry, driven by rising prices for a range of products including blocks, bricks, insulation and roof tiles, as well as further rises in the cost of imported products.

Despite the rebound in new orders in December, construction firms remained “subdued” in their business outlook for the next 12 months. The balance of companies expecting a rise in output levels remained among the weakest recorded since mid-2013, largely thanks to concerns about the prospects for the wider UK economy.

Duncan Brock, director of customer relationships at CIPS, said: “The sector offered little in terms of comfort at the end of 2017, though the pace of new business picked up to its strongest level since May and purchasing activity rose to its fastest rate in two years, supply chains were under increasing pressure from all sides.

“The housing sector was the strongest performer again and materials for residential building were in greater demand, fuelling longer delivery times, shortages of key materials and sharper input cost rises.

“It appears that the continued fall in commercial activity was testament to Brexit-related uncertainty on the horizon and the sector’s fear about the direction of the UK economy as clients still hesitated to spend on bigger projects.

“Business optimism was subdued at levels not seen since 2013, but the improvement in new order growth in December contributed to the biggest surge in job creation since June. Construction firms still anticipated future new work, in spite of the climate of continued uncertainty, and wanted to ensure that skilled, talented people were in place should the New Year offer more success than expected.”