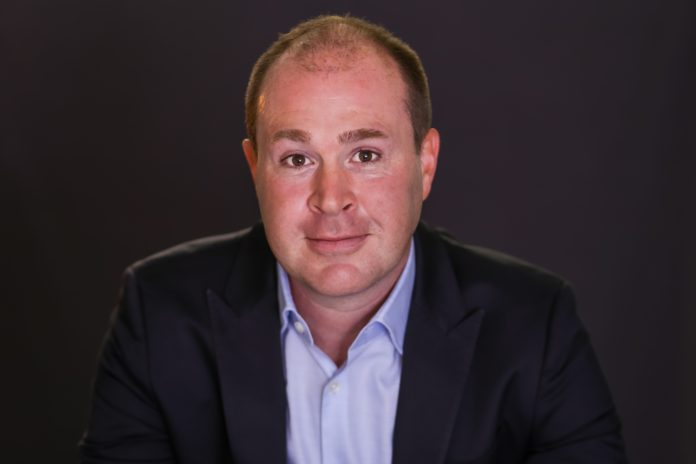 Will the New Year bring hearty helpings of opportunity for the construction industry or a skills shortage hangover? David Edwards of Place-Make examines the evidence

As one year closes and another begins, it is probably an apt time for reflections, forecasts and resolutions. According to the Office for National Statistics, 2017 brought a modest uplift in growth and productivity in the construction industry before slowing in Q2 and Q3. Indeed, in January, construction output was 29% higher than the lowest point of the last five years and, despite falling back again, output in Q3 was still 25.7% above January 2013 levels.

The New Year brings reasons to be optimistic: in November’s Budget, the Chancellor reaffirmed the government’s commitment to a new target of 300,000 new homes each year, while the Mayor of London has recently announced plans to create 650,000 homes in the capital by 2029.

We’ve been here before, of course. In 2015, ministers declared the government’s intent to deliver one million homes by 2020. In 2016, DCLG reissued its 2014 garden settlements model to create an additional 170,000 homes across the UK. For now, though (looking through the half-full glass of mulled wine), the assertions of 2017 coupled with the measured Housing Infrastructure Fund (HIF) are once again reasons to be positive about the year ahead.

But (isn’t there always a ‘but’!), while the New Year brings the prospect of greater growth and expansion, there are murmurings about an iceberg that has the potential to sink a buoyant sector and with it, thoroughly dampen our enthusiasm.

At the end of November, a number of leading authorities in the industry, including the Federation of Master Builders, Association for Consultancy & Engineering, Build UK, Civil Engineering Contractors Association, Construction Products Association, Home Builders Federation and National Federation of Builders, aligned to present the government with the robustly titled Construction Industry Brexit Manifesto. The underlying message was clear: a skills shortage in the industry would have a significant impact on productivity. In short: commitments, funding and reforms aside, the government will not meet its targets if there are not enough workers to build new homes and infrastructure.

This raises an alarming question: if 2018 were to present the opportunity for the most ambitious building programme since the 1960s, could the industry deliver?

Certainly, the vitality of the construction sector is dependent on many interrelated economic, social and political aspects but the prospect of it being held back by its own limitations presents a real cause for concern. This would not only be worrying to the three million people in the UK whose professions are tied to construction but also, as the industry generates around 6.2% of the nation’s GDP, the impact of underperformance would be more widely felt.

While it would be easy to blame Brexit for any immediate reduction in labour, the reality is that trade skills have been depreciating for some time. In 2014, the Guardian reported that a lack of skilled workers, such as joiners and bricklayers, was holding back housebuilding. At the same time, the Irish Independent projected that only seven plasterers, eight painters/decorators and twenty-six bricklayers would be newly qualifying in the country in 2018. 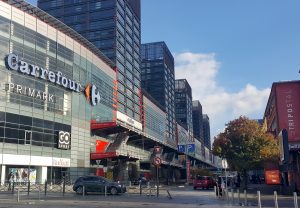 More recently, in October, the Federation of Master Builders surveyed almost 350 of the UK’s small to medium-sized (SME) construction companies to determine the extent, if any, of staff shortages. The findings are alarming: almost 60% of the firms surveyed had experienced difficulties recruiting carpenters, joiners and bricklayers, while the same percentage anticipated an increase in the cost of salaries and materials as a result of reduced supply in the labour market. According to Brian Berry, chief executive of the FMB: “Material price hikes and skills shortage are putting the brakes on growth among the UK’s small building firms.”

The skills shortage appears to be as much of a concern in the office as it is on site. According to the Royal Institution of Chartered Surveyors, the lack of sufficiently skilled workers remains an obstacle for many businesses, noting: “Having eased throughout 2016, the intensification of labour shortages is biting once more, with 62% of contributors in Q3 citing this as an impediment to growth.”

Equally, research by Engineering UK in March determined that an additional 1.8m engineers and technically qualified people will be needed by 2025. At current rates, this represents a 20,000-a-year shortfall on the number being produced by Britain’s education system, a deficit that is presently being balanced by EU/overseas staff. While the Royal Institute of British Architects has noted that the profession is yet to feel a post-referendum impact on skills, it does emphasise that other areas of the industry are beginning to feel a pinch. Interestingly, of the 32 Skills Shortage Occupations, a list that is used as an indicator for processing visa applications, 35% have a relationship to construction.

As the survey by the Federation of Master Builders appears to suggest, any reduction in the availability of labour would presumably lead to an increase in construction costs. In the first instance, this would be most acutely felt by SMEs, which, according to the Housing White Paper, are significant to kick-starting growth from the bottom-up: “We will diversify the housing market, opening it up to smaller builders and those who embrace innovative and efficient methods.”

Any cost crunch would surely impact the competitiveness of smaller developers and contractors and, through this, restrict rather than encourage diversification. To maintain quality of service, it must be assumed that an allowance of greater costs will ultimately be transferred to the customer. This presents the concern that not only will there be insufficient people to plan, design and build 300,000 new homes each year but also that rising costs could impede growth and existing levels of government funding will not be enough.

The last building boom saw house building levels in the 1960s reach a post-war peak of up to 400,000 homes per year. To achieve this ‘on time and on budget’, a mix of prefabricated units, tall buildings and typical layouts were adopted, many of which have since been renewed or redeveloped to meet contemporary living requirements.

Although the quality and conditions of high-rise living and prefabricated homes have significantly evolved since the 1960s – and each of these will have a vital role if we are to reverse the housing crisis while using land and resources efficiently – there is a real fear that any present day attempts to meet current targets with insufficient resources, care and attention will negatively impact living, building and spatial quality – the very aspects that growth should be seeking to improve.

However (there’s that ‘but’ again!), unless the industry is sufficiently equipped to respond effectively to the skills shortage from the bottom-up, it may be an opportunity that is inexplicably missed to the detriment of all of us that are directly and indirectly connected to construction, the quality of the built environment and, most significantly, those with the greatest need for new homes and facilities.