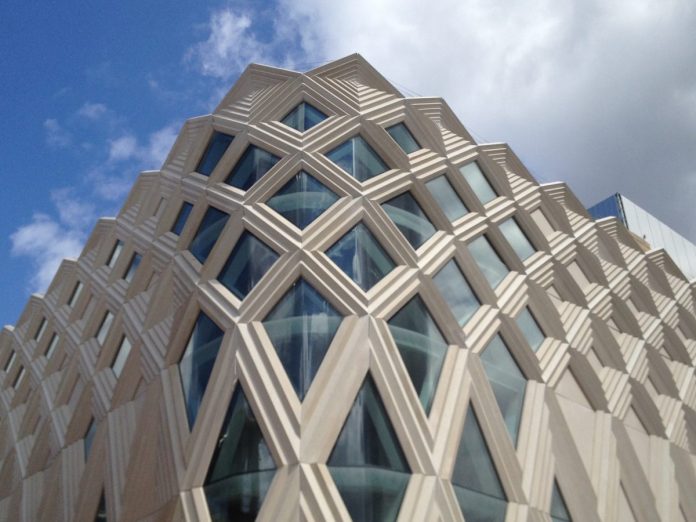 PBC Today talks to Enterprise Ireland’s John Hunt, about the role of offsite and in improving efficiency, delivering “wow factor” and tackling the housing crisis on both sides of the Irish Sea

“The legacy of Irish companies in London is there in the streets every day to see,” says John Hunt as he sits down with PBC Today at Digital Construction Week.

Hunt, who is London-based senior market adviser for the construction sector at Enterprise Ireland, the body that works in more than 30 countries to help Irish companies achieve international growth, believes that even in these uncertain times, there is a bright future for the relationship between the two countries.

“Uncertainty is pretty much a fact of life but over the last 10 years, the degree of uncertainty has increased perhaps more than at any point in our generation,” he says.

“In business, there’s really two things you can do. One of those is to get as good as you can be – eliminating waste and increasing efficiency and productivity.

“The second thing is managing risk by diversifying your client base, whether that’s by country or by sector or region to make you less dependent on one key area.”

That is where Enterprise Ireland comes in.

“Businesses in Ireland, as an island off an island on the edge of Europe, have always needed a bit of support to help them. Ireland has 4.5m people, you can’t scale your business beyond a certain size with that domestic population. To be competitive globally, you need to be able to grow an international business,” Hunt says.

“In construction, offsite, lean and digital have been the three foundations of what we’re looking for in companies that we believe have a long-term, sustainable case to build successful businesses.”

The UK is Ireland’s most important market, accounting for a third of Irish exports and supporting 400,000 jobs through mutual trade.

Many Irish companies are currently busy in the UK helping to tackle a problem on both sides of the Irish Sea – a desperate need for more housing.

“How did Ireland do it? With a lot of offsite construction. A lot of precast, a lot of light gauge steel and a lot of timber. People wanted to build, they wanted to build fast and that developed a really strong offsite capability in Ireland.”

That expertise is now engaged across the UK, with modular forms of construction relatively new to these shores, such as light gauge steel and precast concrete, challenging traditional steel frame, poured concrete and brick-and-block construction as the methods of choice for residential projects.

In a sector dominated by a handful of large housebuilders, riven with skills shortages and recruitment difficulties, offsite and modular construction offer benefits beyond delivering factory-controlled, precision-built homes.

“More people would be prepared to work in a factory-controlled environment within a set geography from their house than on a construction site where the requirements are very much different, not just from a health and safety perspective but in terms when a job is done, you have to move on,” Hunt says.

Offsite also has its challenges, not least the need for greater certainty to justify the investment required.

“If you’re investing in machinery and people, it needs to be a long-term play,” says Hunt.

“In construction, traditionally, you’re just investing in people and site teams, which you can build up and down, so people can ramp up labour very, very quickly.

“But if we want to do this in a manufacturing environment, the capital outlays are far higher and you’re left with that overhead if the market decreases.”

While there is no shortage of demand, Hunt says there are issues to address around planning and land availability if the full potential of offsite and modular is to be realised.

“Planning has always been cited as a blocker. I think some of these areas have been addressed in terms of Local Plans and designation of where housing can go,” he says.

“Land availability is another one of the key areas to address. If a piece of land goes on the market in Greater London in an area where people generally want to live, it will be bought by the people with the deepest pockets, which is the large, listed companies. So there isn’t the land to build the affordable homes that people need.”

There are Section 106 agreements between local authorities and developers intended to ensure affordable housing is included in new schemes but, Hunt says, they do not do enough to meet the current need.

He sees some promising initiatives in the government’s white paper to fix the “broken” housing market, in particular identifying public sector-owned land that could be made available for affordable housing.

There’s a lot of policy and political will, Hunt says, but “the different pieces of the jigsaw need to come together” to deliver a pipeline of work sturdy enough to encourage investment in mass offsite production.

Not that Ireland’s offsite sector is standing still – or confining itself to housing. Precast concrete in particular is seeing tremendous growth.

“Rather than doing your in-situ pour and doing your formwork and having lots of lorries coming to the site and pumping concrete with all that energy and cost, this is about creating sections that are made in a factory, driven to site and craned into position,” Hunt says.

“With a traditional concrete pour in-situ, the amount of labour you need around the formwork and the pour and curing is incredible. With offsite, you have three or four people.

“In a factory, you’re doing it under a roof, you’ve got all the mechanisation, all the material handling of the pour, so the level of tolerance is far greater.”

A good example of what precast can do is the Crossrail tunnels produced by Mullingar-based Shay Murtagh.

“Because of the tolerances that were required to put the panels together to create the curvature, they had to preheat the moulds, they were digitally formed, the curing of the concrete, the temperature of the concrete to make sure there was no deformation, it couldn’t have been done any other way,” Hunt says.

Together with BIM, precast is also challenging preconceptions that prefab equals concrete box.

“In London, we see the high-rise precast prefab and that does scare people but if you look at some of the schools that are being done – if you’ve got an open day in September and you need a school in nine months, you can’t start it as a traditional project. But that’s the kind of lead times that modular manufacturers of school buildings are working in,” Hunt says.

“They’re buildings that work visually as well as functionally.”

Virtual modelling using BIM is critical to selling the vision of what can be achieved.

“If you say we’re going to build you a modular school, the client might say we don’t want a portacabin school,” Hunt says.

“But if you can take the site, look at the client’s requirements and create a virtual model then you can say, this is a building we did virtually and there’s a photograph of it – and it’s kind of a spot the difference competition. So people have confidence that this isn’t just a 3D model; this is a very close representation of what they’re going to get.

“A lot of government and local authority procurement frameworks, particularly around education and schools, are seeing this as the way to deliver what they need in the timeframes they need it.”

Precast is also delivering the “wow factor” in some major projects.

“There’s some really impressive work from a company called Techrete. They’re an offsite manufacturer who in the last five years have taken digital to a new level. The complexity of the facades they’re designing and delivering now is incredible,” Hunt says.

The John Lewis building at Victoria Gate in Leeds shows what can be achieved. Its intricate façade was made using a two-stage casting method, where the ribs of its lattice design were cast first and polished then returned to the mould and the rest of the mix was added, creating a single panel with two distinct finishes.

BIM was critical to the design, with all trades federating their drawings into the model, meaning clashes could be detected and eliminated early on.

Elsewhere, modular manufacturers like Extraspace and Activo are taking digital information and running it through their supply chain, making assembly of components leaner and more efficient, leading to lower costs and quicker delivery.

Circling back to the current climate of uncertainty, not least about the future relationship between the UK and not only Ireland but also the whole of the EU, these companies reflect Hunt’s pragmatic optimism – their response is to get better at what they do and embrace the new.

“I think the really big impact from Brexit is on the demand for buildings and infrastructure in the UK. When investment stops and clients stop requiring buildings, that really affects everybody,” he says.

“That’s where diversification comes in. Infrastructure is a long-term government play, so maybe that’s a good area to move into. If all your eggs are in London, what about Manchester, Glasgow, Bristol, Leeds, Birmingham?”

As we watch and wait to see how Brexit unfolds, Hunt says construction companies on both sides of the Irish Sea must not stand still.

“The health of the UK is very closely linked to the health of Ireland – our economic, trade and cultural ties are key,” he says.

“If it’s not Brexit, it’ll be something else – it’ll be a political cycle, it’ll be another world event that impacts. So stay good at what you’re doing and get better, because as things become more competitive, the further you have to look for business, the more markets you might have to consider to grow your business. Be open to new ways of working, new sectors and new markets.”