Construction contract awards increased by at least 33% in every sector in July, as the total value surged from £3.1bn in June to £6.3bn

The number of construction contract awards increased in July by 80.3% to 860. The residential and infrastructure sectors accounted for over 50% of the share of total contract awards.

The total value of construction contract awards in July 2020 was £6.3bn which compares to £3.1bn in June and £1.6bn in May, according to the latest edition of the Economic & Construction Market Review from industry analysts Barbour ABI.

Every sector had at least 33% growth in July, compared to June, with up to 98% growth in certain sectors. 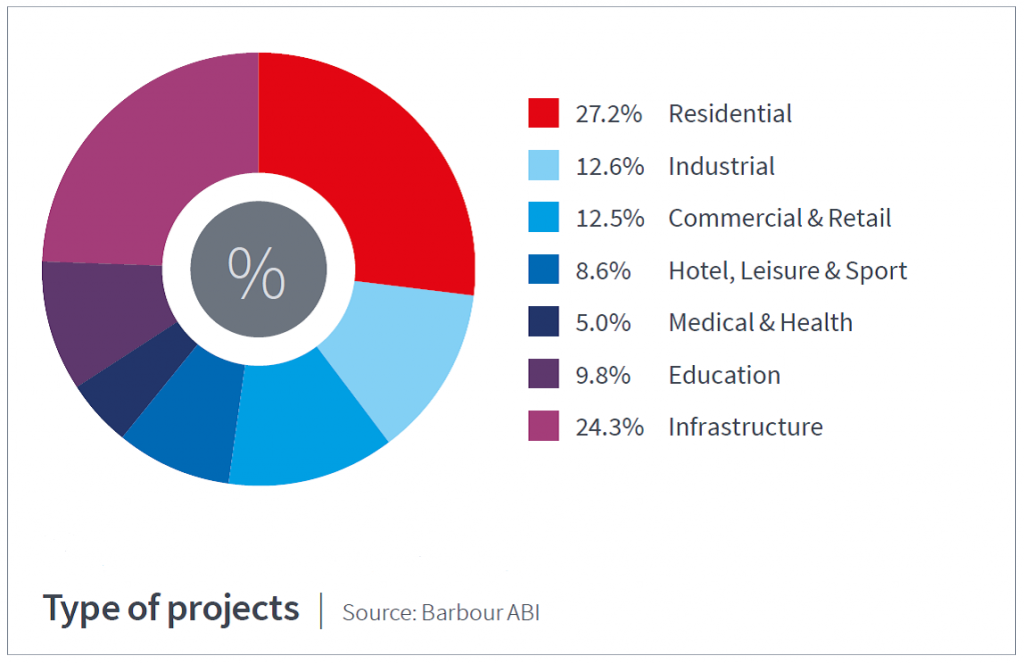 London was the leading region in July accounting for 18.5% of awards. The second-largest region was Scotland with a share of 17.1% and was followed by the South East with a 12.8% share of awards.

Held up by a strong planning pipeline

Tom Hall, chief economist at Barbour ABI and AMA Research, said: “While the economy entered a recession, the construction industry has seen significant increases in activity over the last two months.

“This could potentially be due to the restarting of activity that had stalled in previous months. A strong planning pipeline could suggest the industry will continue to strengthen but at what rate remains to be seen.”