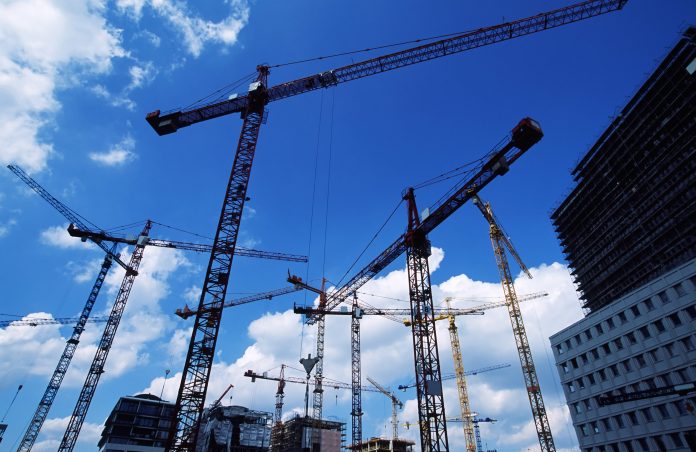 The latest construction output figures published by the Office for National Statistics (ONS) shows an increase of 0.5% in Q4 2019 compared with the previous quarter, as housebuilding finally ‘pulls its socks up’

Monthly construction output grew by 0.4% in December 2019, which according to the ONS figures shows an all-time since monthly records began in January 2010. 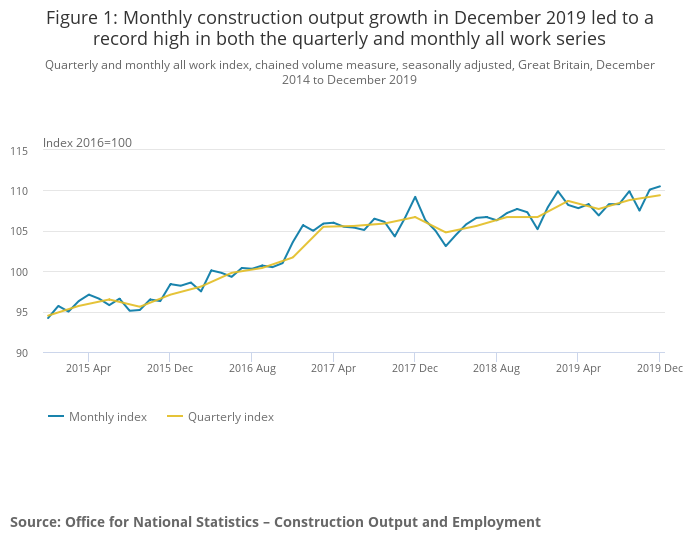 Following a decline in 2018, new work saw a recovery in 2019 with growth of 3.4%, though this is still markedly lower than in years prior to 2018. Private new housing work drove much of this growth, increasing by 4.3%, though this is the lowest year-on-year growth since 2012 when it fell 3.9%.

Infrastructure was the other large driver of growth in new work in 2019, increasing by 6.8%. The comparatively smaller public new housing series also provided a positive contribution with growth of 18.1%. In comparison, other new work, excluding infrastructure, saw a decline of 0.7% in 2019 following a 6.0% fall in 2018.

Private housing repair and maintenance was the largest negative contributor in 2019, falling by 1.7% year-on-year.

The ONS reported a slowdown in private housing repair and maintenance in this series since the start of 2019, with output in December 2019 10.5% lower than in February 2019

Matthew Bench, executive director of Growth and Partnerships at ilke Homes, said: “It seems the housebuilding industry is finally pulling its socks up and getting on with building the homes our country so desperately needs, with year-on-year increases in public and private housing achieving growths of 18% and 4% respectively.

“It’s widely expected that the chancellor’s spring Budget will be accompanied by a new construction strategy, and if so, Mr Javid should use this opportunity to cement the government’s commitment to modern methods of construction (MMC).”

Clive Docwra, managing director of leading construction consulting and design agency McBains, added: “More than anything, these figures reflect an underlying resilience in the sector – given that they cover a tumultuous political period at the end of 2019.

“Still, we’re not entirely out of the woods. The government has offered little in the way of detail on what the UK’s future relationship with the EU will look like, and stoked anxiety by ruling out any extension to the negotiations beyond December 2020.

“Until the sector can see what the future entails with our nearest trading partner, and key source of skilled labour, confidence, and funding towards new projects is likely to be stymied.”