RJ McLeod took this month’s top spot in the contractor league table after being appointed the main contractor for the £500m Viking Wind Farm in the Shetland Isles, Scotland. This large development will consist of 150 wind turbines and work also includes the construction of substations, quarries and 62 miles of access road.

The runners up spot this month is ISG with five awards totalling £221m. The main contribution to this total will see them deliver another Amazon distribution centre in Dartford with completion expected to be in April 2022.

The latest edition of the Top 50 League Tables published by industry analysts Barbour ABI, highlights the number and value of construction contracts awarded during July.

This month shows that the combined value of contracts awarded to the Top 50 was just under £4bn with a total of 165 projects. 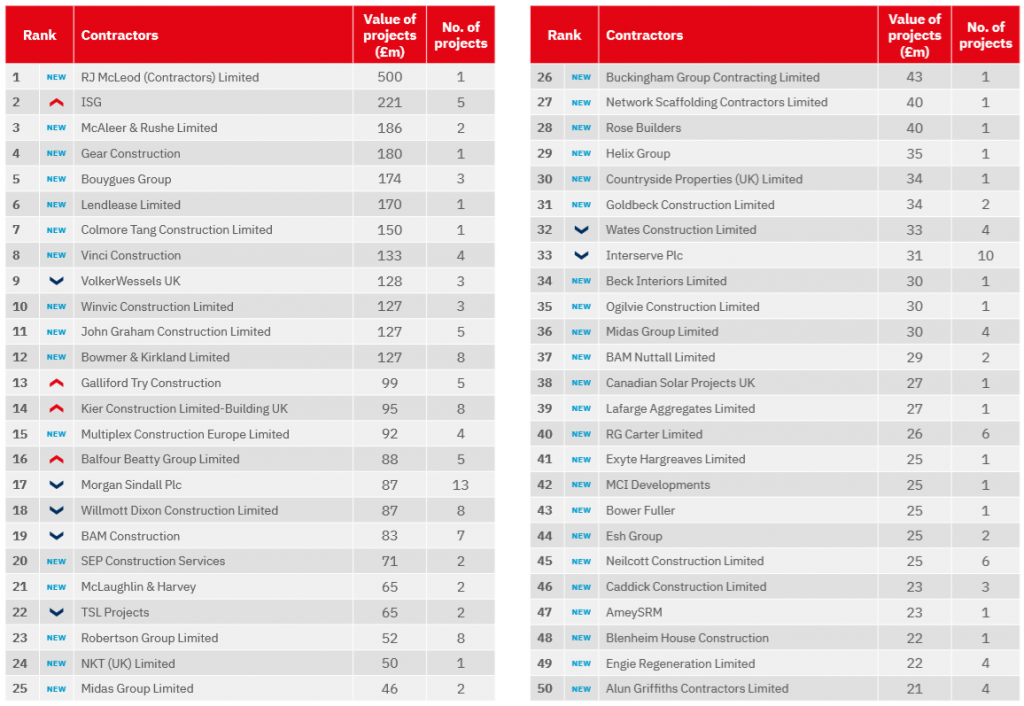 For July, Morgan Sindall was the busiest contractor with a total of 13 projects at a combined value of £87m. The contactor currently sits in fifth place overall in the 12-month rolling league table, with a total of 128 projects valued at just over £1.2bn.

“However, there was likely to be a bow wave of projects now being green-lighted after lockdown and furlough. Given the uncertainty over the recovery in the wider economy the future planning pipeline is also currently uncertain.”