JRL Group took the top spot of the contractors league table in February largely thanks to its award to build Consort Place on the Isle of Dogs valued at £470m.

The second-largest contract award for February was the £344m extension to the Metro from Wednesbury and Brierley Hill in the West Midlands. Midland Metro Alliance will deliver 17 additional stops by January 2023.

The latest edition of the top 50 contractors league table published by industry analysts Barbour ABI, highlights the number and value of construction contracts awarded during February.

The combined value of contracts awarded to the top 50 was just over £3.5bn in February with a total of 123 projects.

Kier Construction was the busiest contractor for February 2020 with a total of 13 projects with a combined value of £209m. Kier currently sits in fifth place overall in the 12-month rolling league table with a total of 134 projects valued at just over £1.4bn. 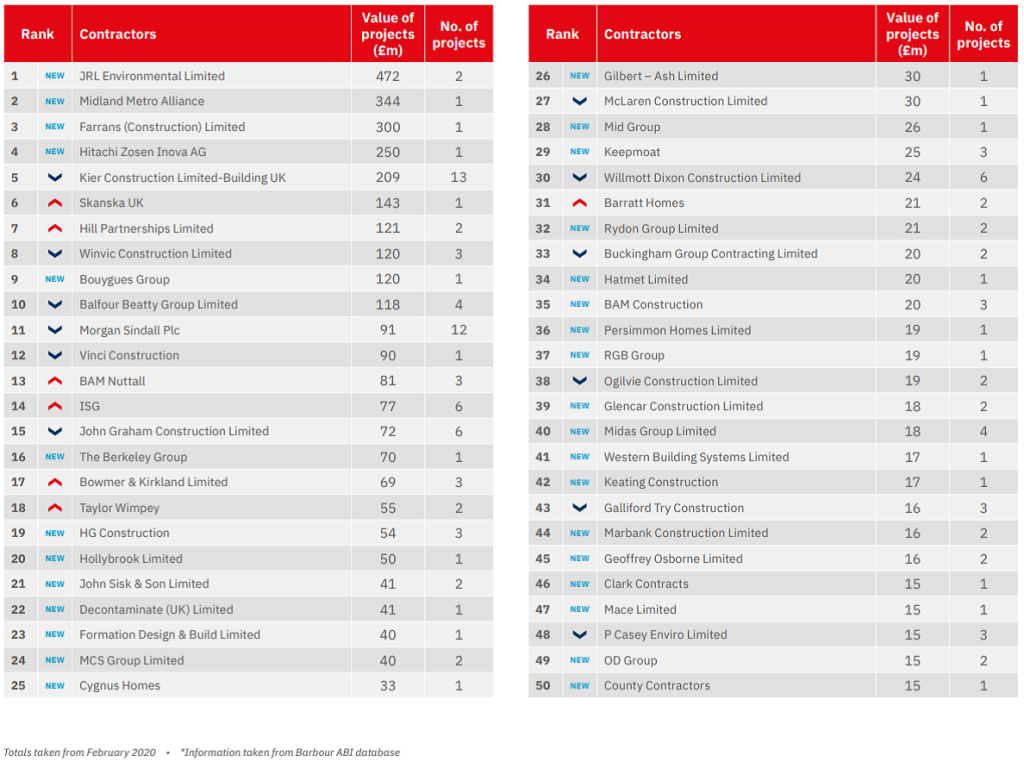 Tom Hall, chief economist at Barbour ABI & AMA Research, said: “After a flood of infrastructure project awards in January, February saw a significant reduction in the sector. This resulted in the overall value and number of contract awards for the construction industry down month on month.

“In next week’s budget hopes are high that the new chancellor will significantly increase government investment, boosting the medium-term prospects of the infrastructure and the public sectors.

“However, the emerging situation relating to the coronavirus is likely to significantly impair the UK economy and the construction industry in the short term.” 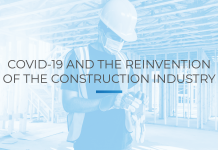 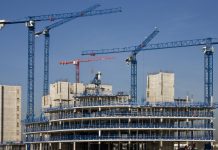 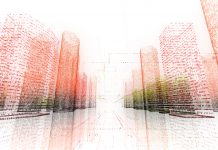 Rapid Capture: Using smart technology in the wake of Covid-19 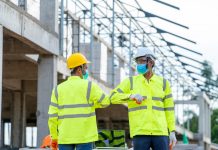 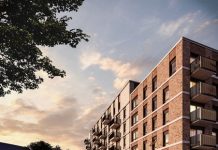 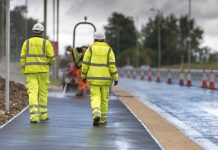 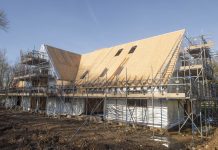