Costain has landed the top spot in the contractor league table for August, as Bowmer & Kirkland narrowly misses out

Thanks to two major road projects, Costain has secured the top position in the August’s contractor league table.

The road projects include a new SMART motorway on the M62 at Brighouse and widening works on the A1 in Newcastle-upon-Tyne with a combined value of £575m.

Bowmer & Kirkland took the runners up spot with eight awards totalling £138m, including a new primary and secondary academy in Enfield worth £45m.

The latest edition of the Top 50 League Tables published by industry analysts Barbour ABI, highlights the number and value of construction contracts awarded during August.

This month shows that the combined value of contracts awarded to the Top 50 was just over £2.6bn with a total of 130 projects. 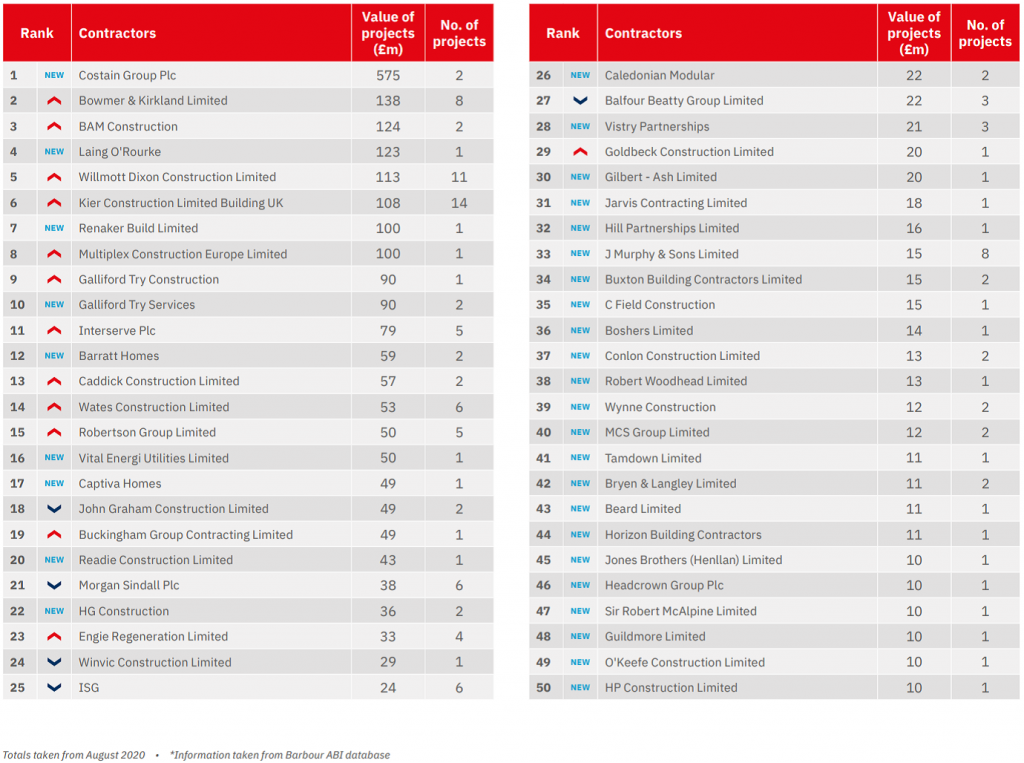 For August, Kier Construction was the busiest contractor with a total of 14 contract awards at a combined value of £108m.

BAM Construction sat at the top of the rolling 12-month league table with 51 projects at a total value of £1.9bn.

Tom Hall, chief economist at Barbour ABI & AMA Research, said: “The value of contracts picked up by top contractors fell back in August to £2.6bn from £3.9bn in July.

“This fits with our expectation of subdued activity due to the uncertainty caused by the possibilities of subsequent outbreaks of Covid-19, a disruptive Brexit and a wider economic slowdown.

“However, the construction market is retaining some momentum after the slump during lockdown, and there are new projects coming through, although at lower levels compared to before Coronavirus.”