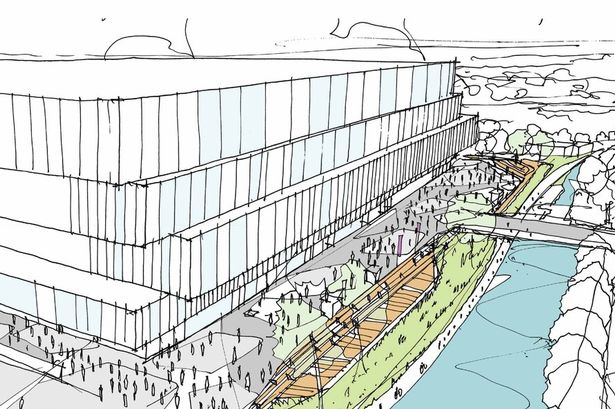 Plans for the new 23,500-capacity arena in East Manchester have been revealed by the Oak View Group

Maximum capacity of the arena is 23,500. This is much larger than the regular operating capacity of Manchester Arena which was under 15,000-capacity for 90% of events 2014-18.

The plan for the arena will deliver a new auditorium, which will provide a great experience for the attendees.

“We obviously have a particular concern for those who work in the live entertainment industry, which is hugely impacted by the current situation.”

“We live in unprecedented times and we stand in solidarity with everyone affected by this disease. But I know Manchester, and this city has always come back stronger from whatever has hit it. We are 100% committed for the long-haul.

“The city has undergone transformational growth in recent years, but without a new state-of-the-art arena it will continue to lose out to other cities on some of the world’s best events.

“Our design brief for the new arena was three-fold. We want to deliver the best in class artist-fan experience for any arena in Europe; to have the flexibility to accommodate multiple event types so Manchester can host a broader range of music, sport and entertainment events; and to aim to build the most sustainable arena in the UK.

“We knew that to be a success, our proposals for a new venue needed to work alongside the existing arena, ensure a demonstrable socio-economic uplift for the city, and support the ongoing regeneration efforts underway in East Manchester.”

Leiweke added: “We are pleased that in-depth studies, with industry trends, economic data and growth forecasts all interrogated, indicate that Manchester could support two successful arenas, even under the most conservative growth projections.

“We’re also incredibly grateful for the guidance and feedback from local people and the city’s business community over the last seven months.

“We are confident the plans we are presenting today are extremely beneficial for the city and will put Manchester on the global entertainment map for decades.”

The new arena will be the biggest privately financed venue in the UK.