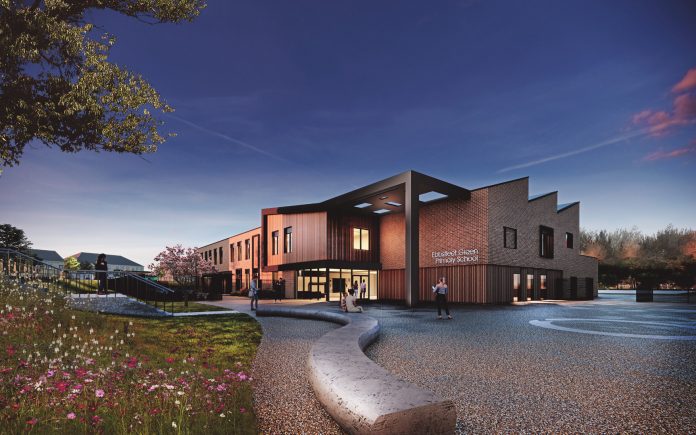 The new primary school at Ebbsfleet Garden City will also include a 26-place nursery.

The school will be run by the Maritime Academy Trust and the application by Kent County Council was approved by Ebbsfleet Development Corporation’s planning committee.

The school has undergone extensive design improvements since it was first submitted and now exceeds the standard approach normally taken to school buildings.

The school’s layout has been turned from a single rectangular block, into a courtyard school, providing a sheltered space for outdoor learning and events.

The new school will open in September 2021.

Up to 950 homes will eventually be on the Ebbsfleet Green site, which already benefits from the first supermarket and pub and hotel in Ebbsfleet Garden City.

Plans have also been submitted for a £55m 2,200 place primary and secondary education campus in Whitecliffe.

Ebbsfleet Garden City now has more than 2,000 homes and an estimated population of nearly 5,000 people. Eventually, it will have up to 15,0000 new homes.