ISG has topped the contractors league table for April 2019 thanks to eight construction contracts awarded totalling £350m, according to the latest Top 50 League Tables

ISG were closely followed by Kier Construction in second position, with 16 construction awards at a total value of £305m, despite being top of the table for the rolling 12-month period.

The latest edition of the top 50 contractors league table has been published by industry analysts Barbour ABI, which highlights the number of construction contracts awarded and the total value. This month shows that the combined value of contracts awarded to the top 50 was £3.3bn and a total of 145 projects.

J Murphy & Sons Limited finished in third place with two awards this month totalling £230m. Works for the Trans Pennine Route upgrade for Network Rail contributed £200m and is expected to commence this quarter. Morgan Sindall were also particularly active, being awarded 10 projects at a value of £74m. 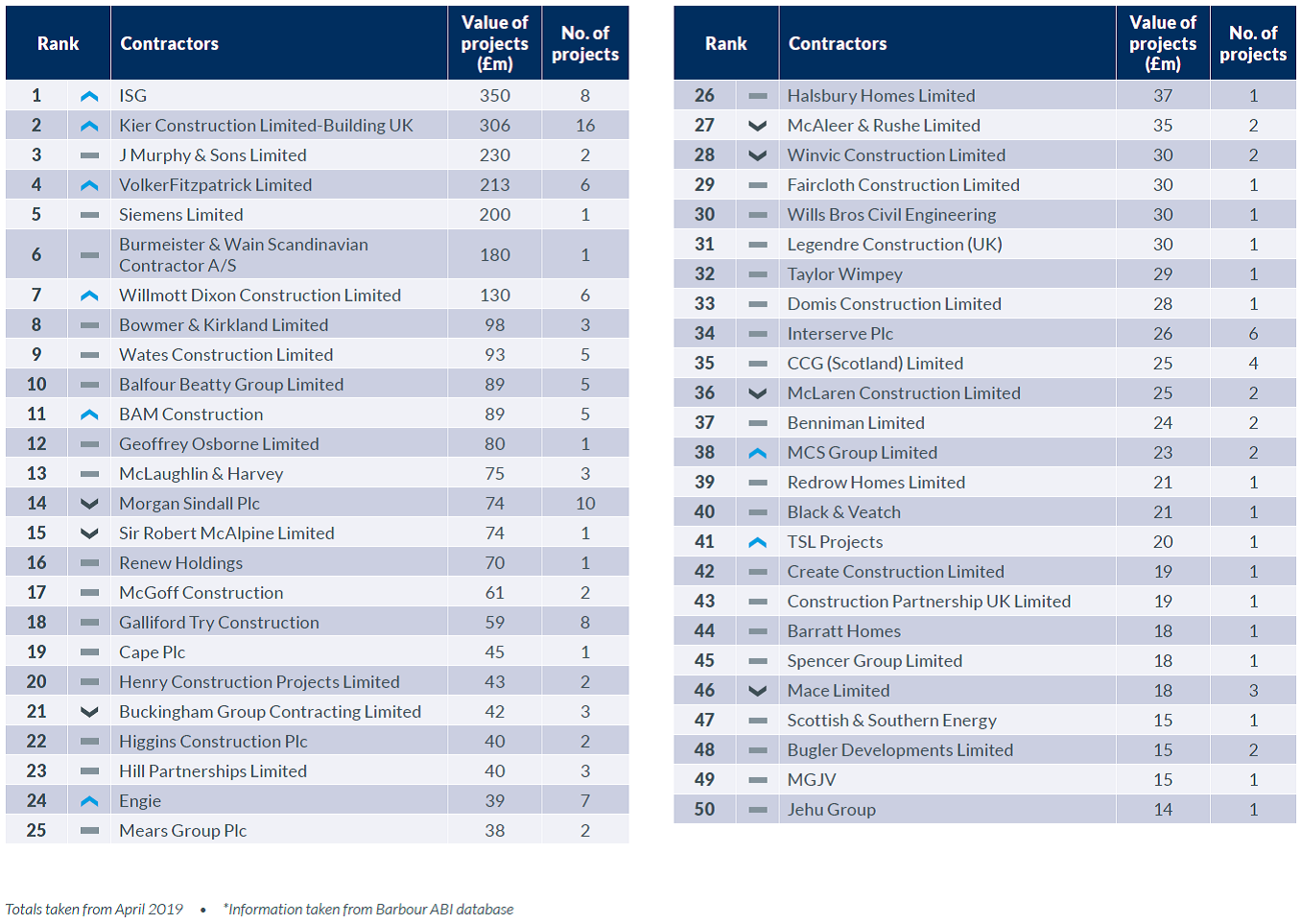 Interestingly, none of the above contractors featured in the top three for the previous month of March 2019. The Mace/Dragados joint venture topped the March table thanks to their construction contract for the Euston Super Station with a projected value of £1.65bn. Multiplex Construction Europe Limited and Vinci Construction sat in second and third place with contract award values worth £350m and £230m respectively.

For the rolling 12-month period from May 2018 to April 2019, Kier Construction sits at the top of the table with a total of 154 awards totalling in excess of £2bn. Wates Construction experienced a busy period with 46 awards at a value of £1.6bn and Morgan Sindall were awarded 122 projects totalling just over £1bn.