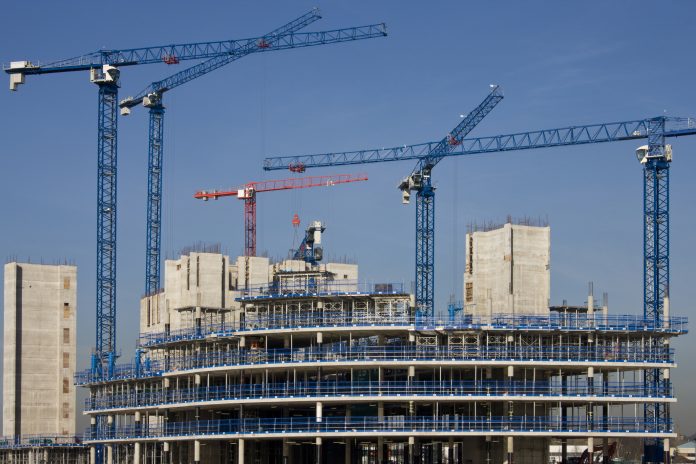 After speaking at the Westminster Briefing event on Planning Policy Reforms Under the New Government, Institute of Economic Development director Stuart Hardisty looks at where the recent and proposed reforms to the planning system will take us

On 6 October, I spoke at the Westminster Briefing event on Planning Policy Reforms Under the New Government around the impacts of such reform on employment land, an issue I am firmly embedded in.

Three years ago, I wrote a blog setting out a series of risk factors affecting the supply of employment sites and premises. Then, 18 months later, I wrote a second article looking at some of the possible solutions, following the IED and British Chambers of Commerce coming together to discuss the problems.

A further 18 months on, and with a raft of reforms to the planning system in England either implemented or proposed, including the Planning for the Future consultation, which closed on 29 October, it is timely to consider where we are now and where we might be headed.

To summarise the position prior to recent announcements:

There is evidence of continued demand for new employment sites and premises. Whether you look at short-term trends in enquiries, long-term indicators of economic change and market drivers, or speak to commercial agents, there is a consistent picture of unmet need and a requirement for new premises to come forward. New stock that is brought to the market is taken up rapidly, whether you are in rural or urban settings.

Much of England’s (and the rest of the UK’s) existing employment premises are ageing and often dilapidated. Occupiers are often having to make do with substandard accommodation because there is no alternative. However, it also means a supply of low-cost accommodation for smaller companies operating with tight margins.

There is insufficient delivery of new employment premises. While there is no real shortage of allocated employment land within Local Plans, this is not coming forward for development. There are a raft of supply side constraints contributing to this. These include an overwhelming policy focus on housing, which is leading to landowners holding out for higher value development; fundamental viability challenges across large swathes of the country and a lack of infrastructure to open up sites.

The move away from significant levels of active public sector delivery of employment property (eg the days of English Partnerships and the Regional Development Agencies – remember them?) is a key issue here.

The rapid extension of Permitted Development (PD) rights over the last seven years, in a bid to deliver additional housing, has eroded the existing stock of employment premises at a time when there is already insufficient delivery of new floorspace.

Take-up of PD was much higher than anticipated and is consistently identified as negatively impacting the supply of employment floorspace, including the government’s own research. It is not just removing vacant and dilapidated stock, with clear evidence of landlords failing to renew leases in order to realise higher values from their assets with the impacts disproportionately falling on SMEs and the third sector.

A deficit in strategic planning in some areas is making it a challenge to allocate large strategic sites for uses such as logistics that are not always viewed as desirable by local authorities.

So, where will the recent and proposed reforms to the planning system take us?

Further extensions to PD rights came in to force in July 2020. This will lead to further erosion of the stock of premises and more of the effects already outlined above.

The new E Use Class moves current B1 Uses into a combined new Class for commercial uses. While the intention is that this will enable a more flexible approach to town centres, there is concern as to what this will mean for business parks and other out-of-town employment locations. Unlike PD rights, there will be no Article 4 type directive to stop change of use.

In terms of employment land, the expectation is that it will lead to further erosion of existing stock and create incentives for landlords to seek higher value uses or hike rents for existing tenants. Savills report an expectation of “substantial disruption” to existing leaseholders. RPS note that it will make planning for future employment land needs challenging, with so much uncertainty in how much existing supply is likely to remain.

Planning for the Future is virtually silent on employment matters, with a primary focus on housing. As many have pointed out, the lack of detail is so great it is difficult to comment. But the concern is that the current picture of employment as an afterthought will continue. There is also concern as to how strategic employment matters will be resolved with the removal of the duty to cooperate.

Local government reform was clearly a potential tool to address this but all indicators are that this has been kicked down the road for the time being. Being able to address employment issues across functional economic market areas is essential. The approach to zoning or categorising, with three types of land, is attracting a lot of attention.

The detail will be critical here, as there is a clear risk that housing will again crowd out employment with landowners seeking the greatest return. Finally, the proposed Infrastructure Levy could be an opportunity if employment land is recognised as key supporting infrastructure and funds are directed to support its delivery. However, I will not be holding my breath with a long queue of infrastructure needs.

Revisions to the Standard Method for calculating housing numbers may not seem to be an employment land issue but, in reality, the significant uplifts in housing need figures will squeeze employment land and become the focus for landowners.

So, all in all, there is little comfort. To date, it all points towards exacerbating the issues that were already clear, with existing stock being eroded and no real clarity on how delivery of new employment space can be achieved.