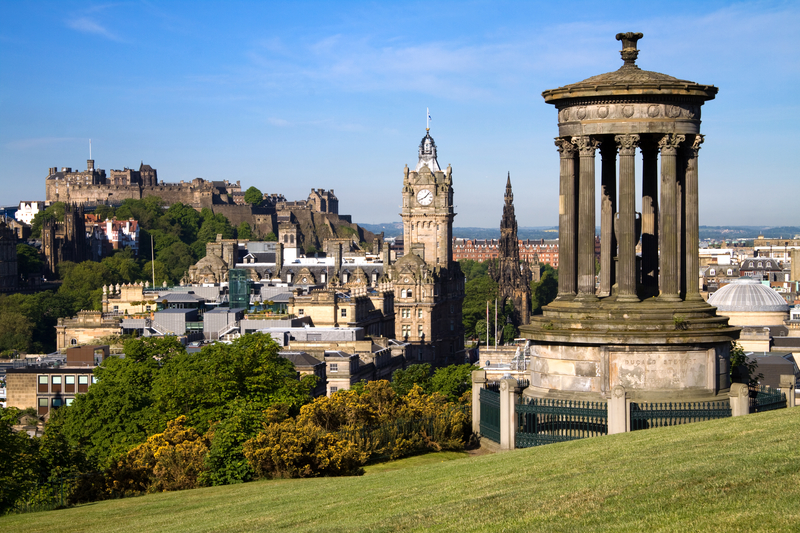 Scotland’s natural landscape is stunning, and that’s before we start to consider the amazing architecture that can be found around the country. For the short distances between them, three of Scotland’s biggest cities look worlds apart, containing very different architectural histories.

Home design specialists DM Design have taken a look into the architecture of Edinburgh, Glasgow, and Aberdeen to see how they differ, and how political and historic events have influenced the design and construction of buildings there.

William Henry Playfair was instrumental in Edinburgh’s Enlightenment. The Enlightenment involved a wave of intellectual and scientific accomplishments. Playfair designed some of Edinburgh’s most impressive buildings, in a classical Greek revival style, earning Edinburgh its nickname of ‘Athens of the North’.

The introduction of the New Town

Edinburgh’s Town Council proposed a new town in 1752, altering the cityscape into symmetrical streets lined with terraced houses. Streets were named in celebration of the Act of Union, including George Street, after the king at the time. Designs also included large, incorporated gardens, shopping centres and green spaces. It was expected the wealthy would live in the New Town.

As the New Town flourished, the Old Town also benefited. Roadways and buildings at the Court and Exchange were also built at this time.

Edinburgh now has 5,000 listed buildings and is a heady mix of the medieval and the modern living side-by-side.

The impact of Charles Rennie Mackintosh 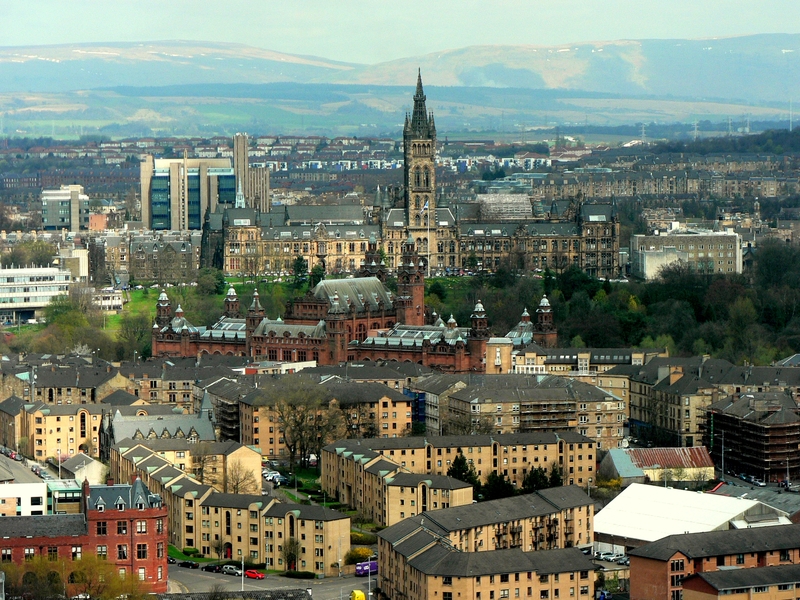 Born in Glasgow in 1868, he began his career with an evening course at the Glasgow School of Art, interspersed with an apprenticeship in architecture at the Glasgow practice of Honeyman and Keppie.

Glasgow’s School of Art was – and still is – a buzzing hub of art, design and architecture. In the 1890s, together with his contemporaries Margaret MacDonald, Frances MacDonald and Herbert MacNair, Mackintosh became part of the Glasgow Four, responsible for the ‘Glasgow Style’.

Mackintosh’s style was ornamental and historical, eclectic yet forward-facing. Glasgow Style was similar to this, Art Nouveau, focusing on innovation and decoration. This had a great impact on Scottish architecture, but also furniture and art, including:

Designs created by Mackintosh can still be spotted today throughout the city of Glasgow.

Aberdeen is known as The Granite City (or the Silver City) due to many of the city’s most memorable buildings and homes being made from granite from quarries around the area.

One of the city’s few examples of the pre-industrial use of granite, granite is incorporated into rubble walling and sandstone is used for more decorative features.

The front of the music hall was designed by Aberdonian architects Archibald Simpson and James Matthews. By 1961, this area was targeted for demolition, but it was instead refurbished and restored by the District Council in the 1980s.

The much more modern Art Deco style also reached Aberdeen, with Rosemount Square’s circular housing block. It is a stunning mixture of modernity and tradition, with a sculpture of T.B. Huxley Jones being used to decorate the structure.

Due to its costal location, granite was also exported, making Aberdeen the granite capital of the world.