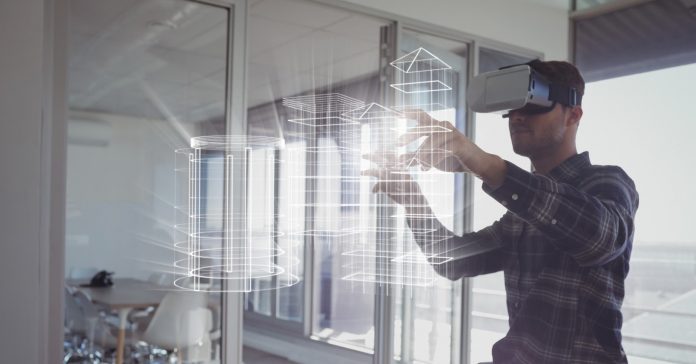 Lift Mini Cranes Ltd takes a look at how virtual reality (VR) is currently being put to use in the construction industry, and how it could become even more useful in the future

The construction industry has always needed certain tools and equipment to thrive. The likes of high quality and reliable equipment, such as various forms of cranes, will always be essential to almost any construction project, though there’s plenty of buzz around potentially one of the 21st centuries greatest innovations.

Virtual Reality, more commonly known nowadays as VR, has the potential to be an invaluable tool for the construction industry. VR has undergone plenty of distinct transformations since its original inception. It may have originated in Sci-Fi style, appearing on the likes of Star Trek, but surprisingly VR’s origins are rooted in the mid-20th century.

Starting in 1957, the filmmaker Morton Heilig created the giant booth that was the ‘Sensorama’ before other technical mavericks would move onto headset style interfaces such as the 60s ‘Sword of Damocles’ and the 70s ‘Super Cockpit’.

It wasn’t until the early 90s that VR technology was considered for the use of entertainment, namely gaming. 1991 saw Sega’s ill-fated ‘Sega VR’, whereas 1995 was the year of Nintendo’s infamous ‘Virtual Boy’. It wasn’t until 2010, with the Oculus Rift, that what we understand to be modern VR equipment started to shape into something viable for use.

New technology is always exciting to discuss, and seeing how it progresses from a niche tool to commonly utilised tech is always interesting; no matter what industry you’re a part of. Though these grounds have been trodden on briefly in the past, virtual reality is only really coming into its element now.

Now considered almost unrecognisable from these not so distant origins, such as no longer abruptly creating motion sickness or being perpetually plugged in, VR has become so versatile that their original purpose can be considered somewhat murky.

The uses for VR in construction

Assisting surgeons, treating social disorders and creating enthralling teaching experiences are just a few of the new uses for VR technology, and one of the most exciting new possibilities is its practical application to the construction industry. The advantages of being immersed in a virtual world are starting to become evident for a wide array of different industries, and construction is no different.

Thanks to the immersive nature of VR being used during construction, it’s possible to explore sites in VR months, even years in advance, making it extremely useful for visualisation and a potentially invaluable time saver. The safe manner in which VR can be used for construction projects also means that training procedures can be easily and effectively implemented. VR training for construction could make the next generation of construction workers, architects and builders even more safety minded and perhaps even help for them to glean more creative, cost-effective and environmental means of working.

Past alternatives, such as CAD (computer-aided design), 3D modelling and BIM (building information modelling) have been utilised within the construction industry for years, yet their limited scope of displaying sites in-depth pales in comparison to the potential of VR. VR for construction actually puts the user into a virtual representation of a construction project, granting a clearer insight with considerably more depth to a site than the aforementioned alternatives.

A skilled enough VR developer would truly have an eye for detail, showcasing what potentially soon-to-be-obsolete tools like 3D modelling would miss, such as integrated and detailed piping. Luckily, given the commonly held video game experience of VR developers, chances are good that any VR construction experience will showcase this level of care and detail, truly making visualisation incredibly immersive. 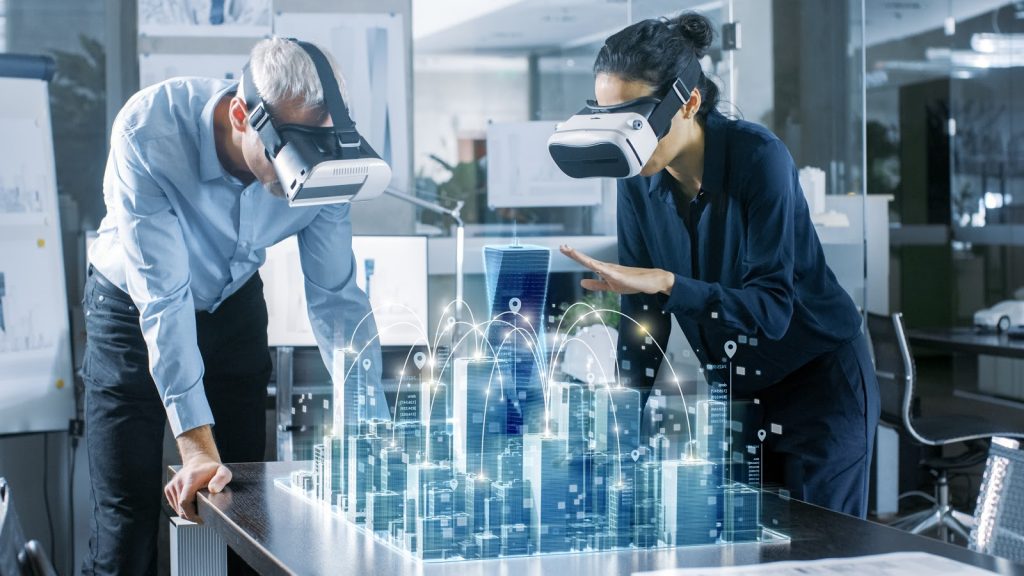 The costs of VR in construction

In the latter 2010s, the cost for VR equipment has significantly decreased, making headsets and VR software much more viable for alternative uses. Using VR in the construction industry is one such example, and one where utilising VR is virtually a no-brainer.

As aforementioned, VR headsets are significantly cheaper than they were during their re-emergence and their price often reflects their features or what they’re designed to accommodate. While cheap to mid-range headsets can cost (at the time of writing) from £25 to £150, these are, more often than not, designed to be used for small electronics, such as being paired with mobile phones or only featuring rudimentary tracking sensors. The more costly, high-end examples can cost anything up to (again, at the time of writing) £195 to £785.

These costs may seem extraordinary, especially when contrasted with each other, yet it’s the degree of how specialised and reliable the VR headset is. For example, higher quality, interior screens and advanced motion tracking can make the difference between VR offering either challenging or a smooth experience. Of course, equipment can be rented, but in order to make the most of the growing potential of VR renting seems more like a short-term approach to embracing the possibilities of the tech.

As is the case with any new hardware though there must be software that capitalises on specific uses; this is where VR construction software needs to be taken into account. There are several viable options to consider, most of which can cover all types of construction and architectural requirements, though it’s worth remembering that most of this software is only available for the more high-end VR tech.

The future of VR for construction

One of the benefits of utilising VR in construction right now is that, in many ways, VR technology is still in its infancy. Despite being an immersive and advanced kind of technology, VR is set to only get better from here.

Getting in on the ground floor, so to say, with this kind of technology can make a company be considered an expert with the tech after using it. This kind of cutting edge experience can really set companies apart from the competition. VR is only going to improve and become more readily accessible, so it can only be advantageous to be considered a pioneer of this exciting and new technology.

VR in construction currently provides a wealth of different advantages and possibilities, such as opening up the virtual doors for people to explore a site in VR before even one brick has been put down. Getting comprehensive feedback of a finished project when the projects is still merely drawing and plans can be an invaluable addition to construction, especially as it can significantly save time and costs in the future.

Keeping the future in mind is essential when it comes to construction VR, as more advancements made to both to the technology and construction VR software means that even more will surely be enriched in the near future.