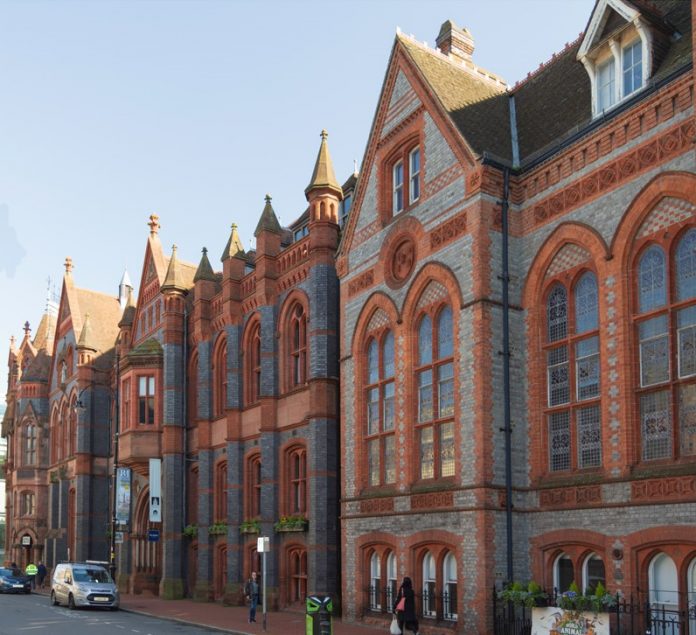 The town’s civic offices were initially in the Town Hall but relocated to the newly built Reading Civic Centre in 1976. The library was moved in 1986 to a central building in the nearby Kings Road.

After a major refurbishment in 2000, the Town Hall now houses the Reading Museum, a grand concert hall, conference rooms and a café. 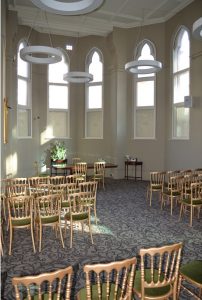 The Grade II* part of the building required acoustic insulation on seven primary windows, to guarantee minimal breakthrough of outside disruption during wedding registries.

As the building is Listed, the traditional single glazed sash windows remained, and secondary glazing was chosen as a way of dealing with mitigating noise from the busy thoroughfare without disturbing the original windows.

These needed to be engineered to meet the acoustic requirements but also had to be as unobtrusive as possible.

Selectaglaze fitted 23 units and 7 primary windows in the Ceremonies Room.

The Gothic arched primary windows were just over 4 metres high, so had to be treated with a blend of units to ensure the perfect acoustic insulation. 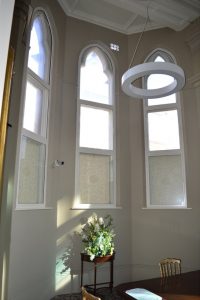 Each opening was treated with a combination of three or four transom coupled secondary glazed units and a Series 42 curved fixed light system attached at the top.

The slimline Series 10 horizontal sliding units were specified for the lower units on the wider windows, whereas the Series 45 side hung casement was designated for the narrower windows.

This ensured that sightlines from the primary windows were not compromised regardless of their differing widths.

Following on from the work completed by Selectaglaze, obscurity films were installed by the council to the bottom secondary glazing sashes to ensure enhanced privacy during wedding ceremonies.

Keep up to date with Selectaglaze here.