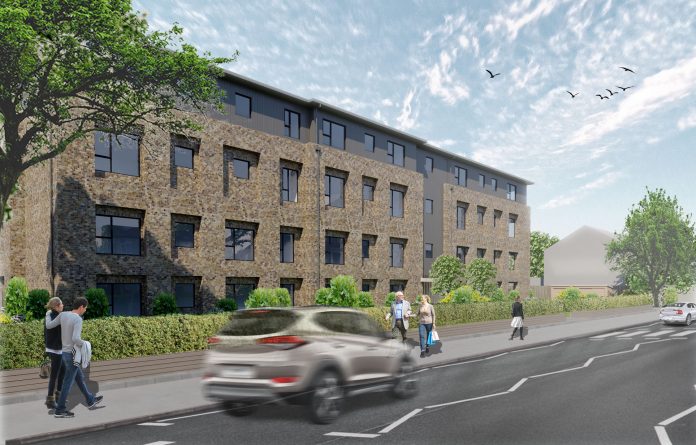 Here, director and lead architect, Gary Hoban of Hoban Design, tells how the airspace development was achieved and lends his thoughts on the recently extended Permitted Development Rights (PDRs).

On 1 August 2020, new, extended PDRs came into being. These allowed for the conversion of buildings into residential, and for two additional storeys to be added to a detached block of purpose-built flats without the need for planning permission.

The extension of PDR’s have polarised opinion in the design community. While some believe that airspace developments could be part of the answer to the UK’s housing crisis, others fear that they could be a ‘race to the bottom’ in terms of standards, including space and light.

There can be little doubt that to date PDR’s have sometimes resulted in homes smaller than the national minimum space standard, with little or no provision for affordable housing.

However, with some predicting that airspace developments could yield up to two hundred thousand new homes across Greater London alone, it would be foolish to write these types of development off, instead I believe the responsibility lies in intelligent and responsible design.

I feel I can speak from experience here, as Hoban Design recently led on securing planning permission (under the old regulations) for 71 airspace dwellings for South London housing association Sutton Housing Society.

Sutton Housing Society is a smaller housing association managing around 500 homes for mostly older residents, in the Greater London Borough of Sutton.

In mid-2019, the social landlord announced it was seeking to increase its housing stock by an anticipated 10% by gaining planning permission to develop five separate rooftop locations.

Sutton Housing Society’s chief executive Robin Roberts, explains: “Although we are a smaller social landlord, we work hard to unlock the development potential of our existing schemes and establish an ongoing development pipeline.

“Design was crucial on this project if we were to secure as high-a-unit density as was sensible, with the support of our existing residents. To achieve this we needed fresh, bespoke thinking, rather than someone working from a more formulaic template.”

Robin Roberts invited Hoban Design to pitch for the project and we were absolutely delighted to win Sutton’s competitive tender – although we built our reputation in the luxury London property market, we’ve always felt that our bespoke approach to design could transfer well to the social housing market.

In the first instance, we completed early stage design and feasibility studies, we then delivered two rounds of pre-application consultancy with Sutton Council’s case and housing officers. This feedback really proved invaluable to our plans and had a significant influence on our thinking.

We understood that the overall success of the project would be judged on achieving the client’s ambitions for the five sites, and we had to carefully balance unit density with aesthetics and the approval of local residents.

The majority of the new homes would be achieved through creative, airspace development, along with the required building extensions and improved communal facilities.

All 71 of the one-bedroom flats, ranging from 40m2 to 60m2 in size, are designed to meet the Mayor of London’s housing guidelines, which include minimum space standards.

Part of the brief was to modernise the exteriors and communal areas of the five, 50 year-old blocks. The plans include new facade claddings, which in conjunction with enlarged windows, will transform the tired existing buildings, and give them a completely new, fresh and attractive appearance.

All five planning applications were approved by Sutton Council by June 2020, securing consent for 71 new homes across the five sites. Once constructed these dwellings will increase Sutton Housing Society’s total housing stock by 16%.

Robin Roberts was pleased with the outcome: “First and foremost, you have to look at the results. To help secure planning approval for 71 new flats, a full 16% increase in our overall stock, is a real achievement.”

Roberts was also impressed with the density of the new homes, he said: “On one site, Norman House, we secured planning permission for a 68% increase in site density, a testament to good quality design and planning.”

To achieve 100% planning approval for much needed new homes on five sites simultaneously, at a higher than anticipated unit density, whilst also improving existing homes is a really pleasing outcome for everyone involved.

I was also really pleased to see Sutton Housing Society’s strategy of unlocking the potential of existing developments being acknowledged at this year’s Construction Excellence Awards, where they were awarded Client of the Year for this project.

Since the extensions of PDRs, I’ve reflected on whether the outcome of this particular planning application would have been different under the new rules, and I believe that it would.

On one building in particular, Griffiths Close, the council requested a two storey increase had to be scaled back to one due to its proximity to an adjacent tall church. In my opinion, this would most likely now have been permitted, securing a further six homes.

This raises questions around the potential visual impact of two storey extensions. In my view the extension was suitable for the surroundings, but it can’t be denied that two storey additions can visually unbalance some buildings, and have a considerable impact on a street scene.

It’s also worth noting that despite the new rules, adding anything more than two storeys to a building will most likely still require formal planning, as these buildings will need new structural support, as well as other additions such as lift access and fire escapes to the new levels.

The project with Sutton Housing Society demonstrates how airspace developments can offer much-needed quality housing for London residents, something which is so desperately needed, it just requires willingness from the client to see the potential and intelligent design and construction to unlock it. 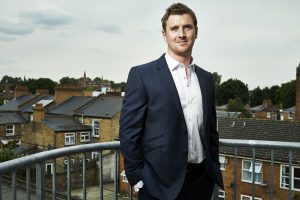