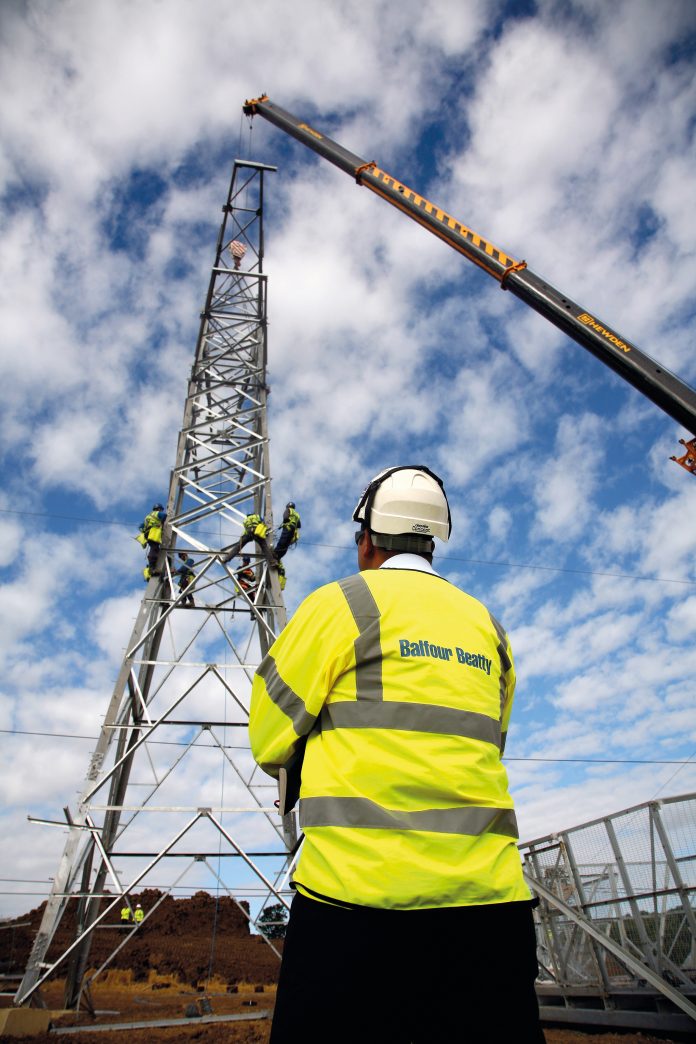 Balfour Beatty has released its latest trading update, revealing that it has managed to achieve its goal of 2-3% industry standard margins

Leo Quinn, Balfour Beatty Group Chief Executive, revealed that group performance for the year would be above previous expectations as a result of an additional Infrastructure Investments sale in December.

The Group now forecasts that the 2018 Infrastructure Investments profit from disposals will be around £65m.

In its trading update, the group said it would continue to drive fundamental transformation under the Build to Last programme, with all earnings based businesses successfully achieving industry standard margins for the second half of 2018.

Balfour Beatty continues to strengthen its balance sheet.  In December, the Group paid down the remaining convertible bonds, delivering a 45% reduction in the gross debt over the last 12 months.  The end of year net cash is expected to be broadly in line with prior year, with 2018 average monthly net cash now forecast at £185m, ahead of the previous £140m to £170m guidance range.

Looking ahead, Balfour Beatty is selectively winning work in all its chosen markets, both on the right terms and at appropriate margins, which reflect the bidding discipline and risk management introduced under Build to Last.

Leo Quinn, Balfour Beatty Group Chief Executive, commented: “We are on track to deliver our Build to Last Phase Two goal of achieving industry standard margins in all earnings based businesses in the second half of 2018.

“The actions we have taken since the start of 2015 have created a strong foundation for the future.  We have consistently invested in our capabilities, systems and leadership while de-risking the business, strengthening the balance sheet and selectively building the order book.

“Going forward, we aim to drive market leading performance by using the disciplines we have instilled to translate Balfour Beatty’s expert capabilities into long-term profitable growth.”

Balfour Beatty’s full year results will be published on 13 March 2019.