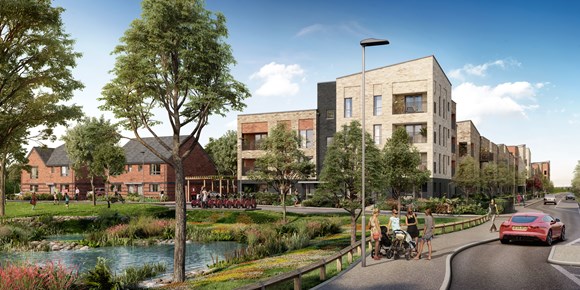 The 221 new homes at Ebbsfleet Garden City is a new scheme by Bellway Homes.

86 houses and 135 apartments, 30% of which are affordable including three wheelchair accessible homes, were approved by Ebbsfleet Development Corporation’s planning committee.

The site for the new homes was previously a former chalk quarry near Ingress Park at London Road and Tiltman Avenue in Swanscombe.

20% of the site will be open space including a play park and new pedestrian and cycle routes.

The scheme also includes facilities for charging electric vehicles and solar panels to be included across many of the buildings.

Mark Pullin, chief planning officer with Ebbsfleet Development Corporation, said: “Bellway has worked very closely with us to achieve what we believe is a good quality scheme fitting of a 21st Century Garden City as well as going beyond planning requirements as it looks towards a more sustainable future.” 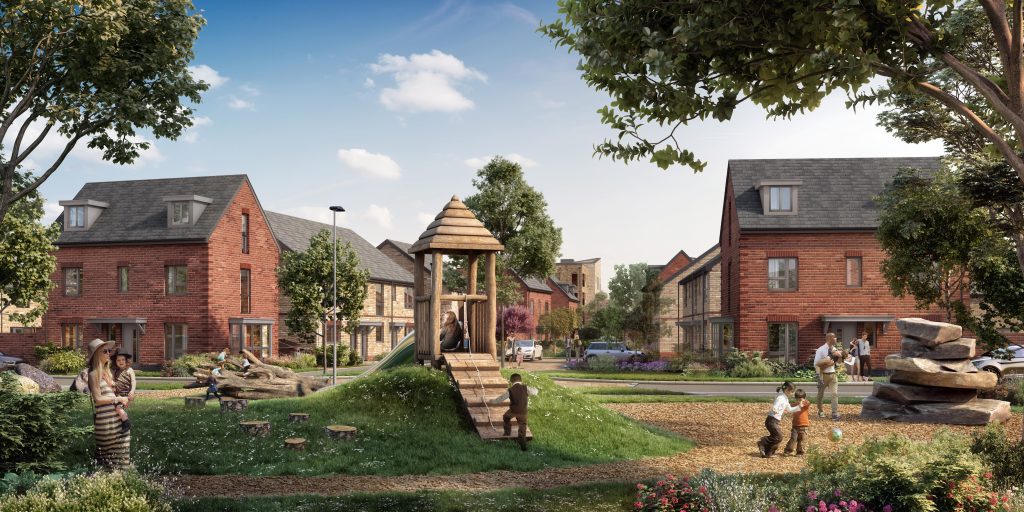 At the end of 2018 Bellway was given approval for a 100-home scheme on land nearby at Craylands Lane.

The land had not been used in a decade since it was occupied by a plant hire company and work has already started on the homes.

There are now nearly 2,000 homes completed in Ebbsfleet Garden City with nearly 5,000 residents.

A primary school is open and two others are planned to open in September 2020 and plans for a major secondary and primary school campus have been submitted.

A pub and hotel opened in 2017 with a second one given approval for Castle Hill with work expected to start early this year.

What is Ebbsfleet Garden City?

Ebbsfleet Development Corporation was set up by the government to speed up delivery of up to 15,000 homes and create a 21st century Garden City in north Kent.

The company is working with local authorities and local communities to develop a shared vision for the area, providing high quality, attractive and sustainably-constructed housing as well as opportunities to work with an ambition to create 30,000 jobs.