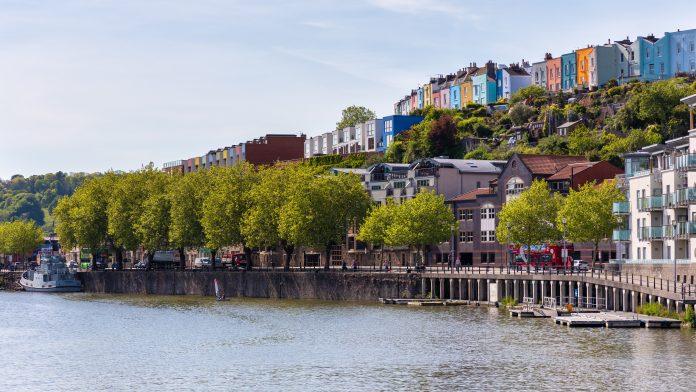 The Bristol Avon Flood Strategy is the result of multiple technical studies to find the most feasible and cost-effective way of managing the increased risk of flooding from the River Avon.

Today, around 1,100 properties near the Bristol city centre and a further 200 properties in neighbouring communities are at risk in the unlikely event of a severe river or tidal flood.

Presented in a ‘Strategic Outline Case’ – set out the council’s preferred route to better protect homes and properties. This approach would see new flood defences created or the level of existing defences raised along the lower-lying sections of the River Avon.

New defences would be designed to be in keeping with the local area and developed in consultation with local communities as more detailed proposals for areas along the river come forward.

While improved flood defences are needed to reduce the impact of flooding across the city, the council’s plan is to create defences that improve life in the city year-round, not just when the River Avon floods.

The necessary works create the opportunity to improve walking and cycling links along the River Avon and into the rest of the city, as well as maintaining and improving access to the river.

Councillor Nicola Beech, Bristol City Council cabinet member, said: “Our vision, set out in this strategy, is to design measures that deliver year-round benefits to Bristol, not just when the River Avon floods.

“We need to better protect people’s homes and businesses, but we want to use this as an opportunity to improve public spaces, enhance access to the river and create better walking and cycling connections in the city, as well as protecting heritage sites around the river.

“By using this approach, we can reduce the risk of flooding to Bristol while creating a more active, sustainable and resilient city.”

Emma Baker, Wessex area director at the Environment Agency, said: “Having worked closely with Bristol City Council, we support the proposals in the emerging strategy as a sensible and cost-effective way of reducing the risk of flooding from the River Avon for both existing and new homes and businesses.

“We look forward to continuing to work with the council and others to further develop this approach.”

By reducing the risk of flooding in areas identified for significant regeneration, such as Temple Quarter, the proposals outlined by the council would enable developments to come forward, providing much-needed jobs and homes in these areas.

The approach would be adaptive; meaning any construction of defences would be in phases. Defences would only be built as high as needed in the short term but could be raised if the risk of flooding increases, future-proofing the city against rising sea levels and the effects of climate change.