Engineering firm WSP found that space above train, overground and tube lines could result in an additional 2,470 hectares of land available for residential buildings across London, the equivalent of 280,000 homes

Out of Thin Air – One Year On follows a previous WSP report, Out of Thin Air, which estimated that 250,000 new homes in London could be found by building apartments above rail.

WSP has now developed – in collaboration with UCL’s Department of Civil, Environmental and Geomatic Engineering – a new methodology using GIS technology to provide a more accurate picture of available rail land best suited for development. With this new methodology, WSP was able to uncover 14% more land with potential for overbuild than estimated previously.

WSP used a set of socio-economic and socio-environmental criteria such as population density, accessibility to public transport and proximity to local authority opportunity areas among others to mirror factors that play a part in decision-making on development projects.

The team also considered constraints that can arise when looking at a potential site for development, including the length of tracks and the size of the site which needs to be 100m minimum length. 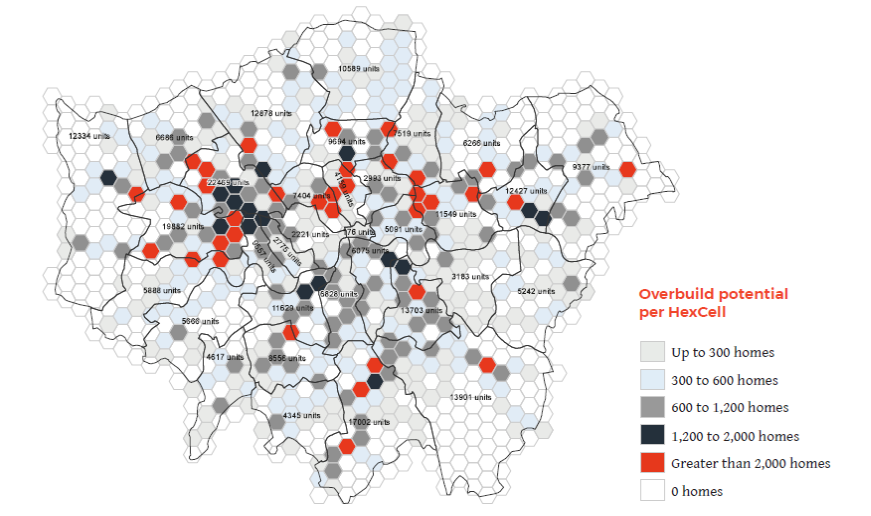 Research from the report identified the area of land associated with all exposed rail tracks in London’s fare Zones 1-6. If a conservative 10% of this total was delivered it would provide 280,000 new homes, assuming that buildings would be 12 storeys high with homes of 100m2.

The new research indicates that the London boroughs of Brent, Ealing and Croydon and TfL Zones 2, 3 and 4 provide the most ‘overbuild’ development potential. In Central London, Wandsworth, Newham and Hammersmith & Fulham also rank highly.

Bill Price, WSP Director said: “As an industry we need to focus on radical solutions to overcome the housing crisis in our capital. Out of Thin Air – One Year On brings us another step closer to unlocking the extraordinary potential rail overbuild can provide, not just for London but in cities across the world.”

Since the launch of the report one year ago, WSP has received considerable support and interest from public and private sectors alike.

“They achieve the densification that London’s local authorities can use as economic development tools to provide growth, connectivity and jobs in the community.”